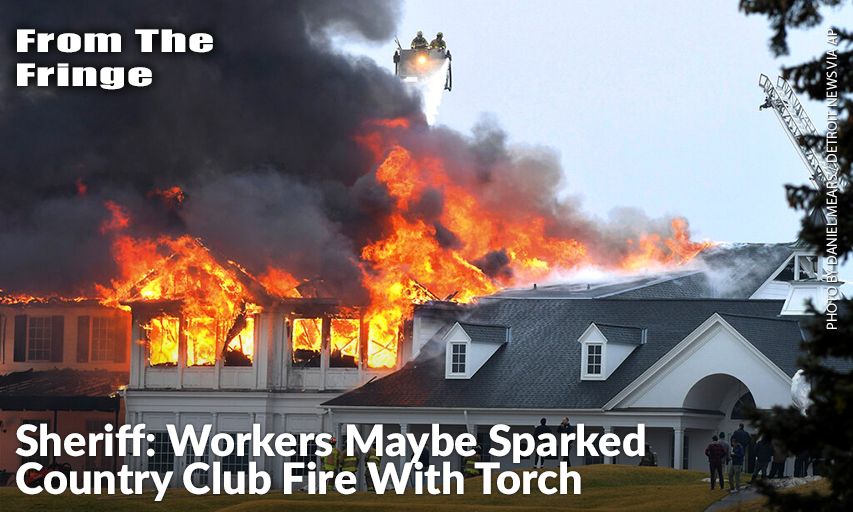 The Oakland County Sheriff’s Office said the Oakland Hills Country Club has estimated the loss of the clubhouse at about $80 million. The club has hosted the Ryder Cup and other major golf tournaments.

The video footage found on a server in a water-logged basement of the clubhouse appears to show the workers attempting to douse a small fire in a wall using a garden hose on February 17, Oakland County Sheriff Michael Bouchard said during a news conference.

It also shows firefighters later breaking through the same wall only to be greeted by flame and heavy smoke.

The workers had been using the torch to warm rubber flashing as part of a waterproofing process, Bloomfield Township Fire Chief John LeRoy said.

Investigators believe the footage shows the primary cause of the fire, but are still trying to determine other contributory factors, Bouchard said.

“That takes time,” Bouchard said. “We hope to have a preliminary finding sometime in April, but the complete and totality may take a year.”

Bouchard did not talk about the possibility of criminal charges.

The blaze ripped through the roof of the structure, which was built in 1922. It apparently spread to the clubhouse’s attic space and then quickly throughout much of the building. No one was hurt.

Club officials have said the clubhouse will be rebuilt.