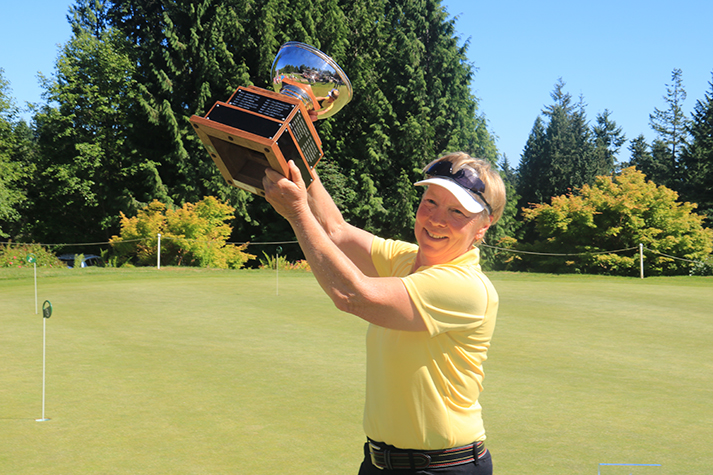 I am a Senior Woman golfer, 60-years old this past May to be exact. For women, senior golf begins at 50 and I have competed in most of those yearly events since 2007. Never a winner.

My name is Karen Pultz and I am a proud member of Peace Portal Golf Club in Surrey, BC. My golf resume is not Hall of Fame material, but... it is framed by participation, personal fulfillment and my inner successes in golf.

Read more: To Win...Or Not To Win. When It's Your Time

The board of directors of British Columbia Golf was held up as a shining example of inclusion at the United States Golf Association’s North American Golf Innovation Symposium in Vancouver.

Read more: British Columbia Golf Board Of Directors Praised For Its Diversity At USGA Symposium

Variable-distance golf balls, courses that are more brown than green, hard and fast fairways, slower greens and balls with chips embedded in them that you will always be able to find.

Golf, at the competitive level, is all about the leaderboard. After all, that is ultimately how players are judged.

Right now, British Columbia amateur golfers are enjoying the view from the top. As we head down the 18th fairway and prepare to put a wrap on another year, it is not a stretch to say that 2016 has been a very good one for British Columbia Golf. No wonder Debbie Pyne is smiling.

Pyne has been Managing Director of Player Development for British Columbia Golf for the past 12 years and while gloating is not her strong suit, she is certainly willing to acknowledge being quite pleased when she looks at the rankings of the top amateur golfers in Canada.

In the four main categories, a British Columbia golfer finished on top in three of them and was second in the other.

Kimberley’s Jared du Toit is ranked as Canada’s top male amateur and also sits 30th in the world. On the women’s side, Victoria’s Naomi Ko is second to Ontario’s Maddie Szeryk. A.J. Ewart of Coquitlam and Mary Parsons of Delta led the 2016 National Future Links rankings of junior players in Canada.

All four players are members of Canada’s national and developmental teams. Which translates to 38% of the National Team being made up of players from British Columbia.

“It’s exciting,” says Pyne. “For one province to have three players ranked No. 1 in Canada and another second is huge. These are players who have risen through the junior ranks in B.C. and we have worked with over the years.

Pyne is quick to note that ultimately it is the players themselves and their families who deserve so much of the credit. But Pyne is a firm believer that the work British Columbia Golf does behind the scenes gives its young golfers an edge over players from other parts of the country. 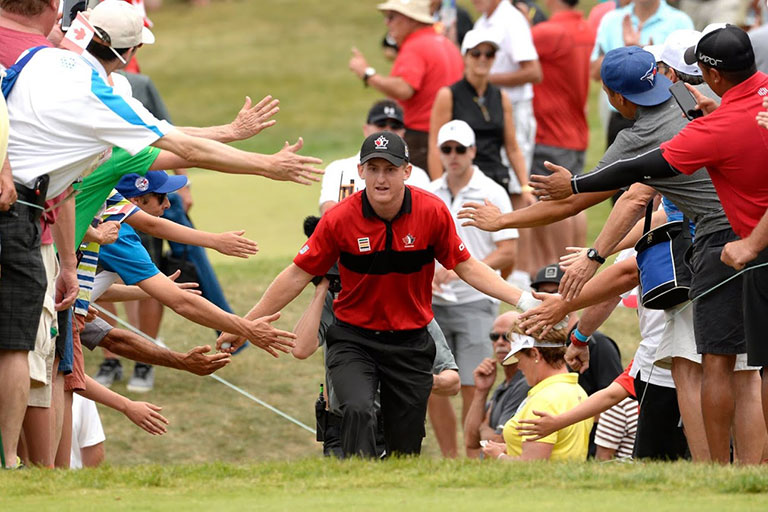 Under the leadership of longtime Executive Director Kris Jonasson, British Columbia Golf has been all-in on player development for the past 15 years. “It is a key component of what we do,” Jonasson says. “We made a concentrated effort years ago to start to develop a provincial coaching program with the view that we could help.

British Columbia has always had good players. They made it to a certain level, but then never really got much further. It was our view that if we started a good coaching program that maybe we could get to the point where they take that one extra step if they were better prepared as young people.

I think Debbie has done an outstanding job in terms of developing a program that the players are starting to embrace and in terms of understanding that they need an annual work plan, a training plan and that type of thing, if they want to get to where they want to be.”

Du Toit, Ko, Parsons and Ewart all had outstanding years. Du Toit, the 2015 B.C. Amateur champion who is now in his senior year at Arizona State University, drew national headlines this summer with his stellar play at the RBC Canadian Open, where he finished tied for ninth place.

Pyne acknowledges British Columbia Golf has not worked as closely with du Toit as Ko, Ewart and Parsons. That has a lot to do with du Toit growing up in Kimberley. “I will be really honest here,” says Pyne, “Those players in the outlying areas sometimes do not get the attention they deserve. We should never forget that because they are from Kimberley it doesn’t mean they don’t have the talent or dedication a player from Vancouver has. Jared made himself, it was his work, his family’s work, to push him and all of a sudden he is in the limelight. We didn’t see much of him as a junior until he won the B.C. Junior Boys (in 2013).”

Ko, a sophomore at North Carolina State University, won this summer’s Canadian Junior Girls Championship and PNGA Women’s Championship. She also qualified for the U.S. Women’s Open and another LPGA Tour event in Portland and tied for sixth at the World Amateur Team Championship.

Ewart, a Grade 12 student at Gleneagle Secondary in Coquitlam, is starting his 2nd year on the Team Canada Developmental squad. His 2016 highlights included second-place finishes at both the B.C. Junior Boys and B.C. Amateur Championships.

Parsons is a terrific example of a player who has worked closely with Pyne and her team at British Columbia Golf to reach her goal of making it onto Golf Canada’s developmental team. 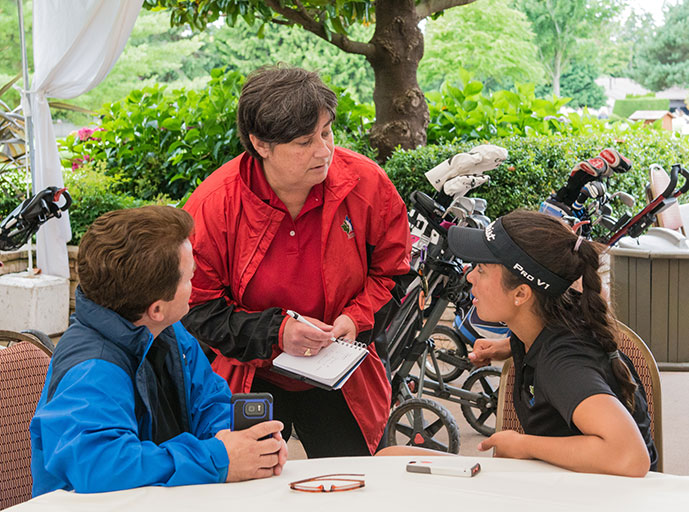 “I have known Mary since she was 14 years old,” says Pyne. “This year we worked very closely with Mary and her dad Richard to help get Mary on Team Canada. That was her goal.”

Parsons achieved that goal with a super season, which started with her win at the Future Links Pacific Championship at The Dunes in Kamloops. “That was huge for her,” Pyne says. “It was her first real taste of winning and propelled her whole year. Every player hits that point, where they are actually ready to win, and when she won in Kamloops that was a signal to her, ‘I can do this, I can win.’ Then she kept moving on.”

It should be noted that 2016 is not an anomaly. British Columbia golfers have been excelling on the amateur stage for quite some time. The Canada Summer Games and Western Canada Games offer evidence of that. Very convincing evidence.

British Columbia Golf works closely with the BC Games Society and the Team BC program and is gearing up BC’s player selection for the 2017 Canada Summer Games which are being held in Winnipeg.

It’s the 50th anniversary of the multi-sport games and a special year to capture gold. “We have won every gold medal so far,” Pyne says proudly. “No other province has ever won a gold medal at the Western Canada Games or the Canada Summer Games in golf.”

“All the information from B.C training camps, coach’s reports and performance results… it all goes into this system,” says Pyne. “My job is to work with the coaches and put the program together. Their job is to talk to the players about their schedules, hydration, rest and recovery. I firmly believe the BC Team players’ success starts with our office and how well we are connected to help them get that extra inch over competitors from another province.”

Recently, British Columbia Golf has placed considerable emphasis on developing top-level junior girls. That mission seems to have been accomplished. The depth of talent on the girls’ side in B.C. has never been stronger. Pyne says growing the boy’s program will now get some extra attention.

“We are doing well there but we want to do better,” she says. “The last time we won a national championship for the men was Nick Taylor (in 2007). We’re looking for the next Canadian Amateur champion coming from B.C.”

Based on the performance of B.C.’s amateur golfers from 2016 alone, there’s every reason to believe that will happen sooner than later.

CAMBRIDGE, United Kingdom — Women account for just 24% of golfers worldwide, yet the number of prospective female players could add $35 billion to the global golf economy.

Modernizing The Rules Of Golf 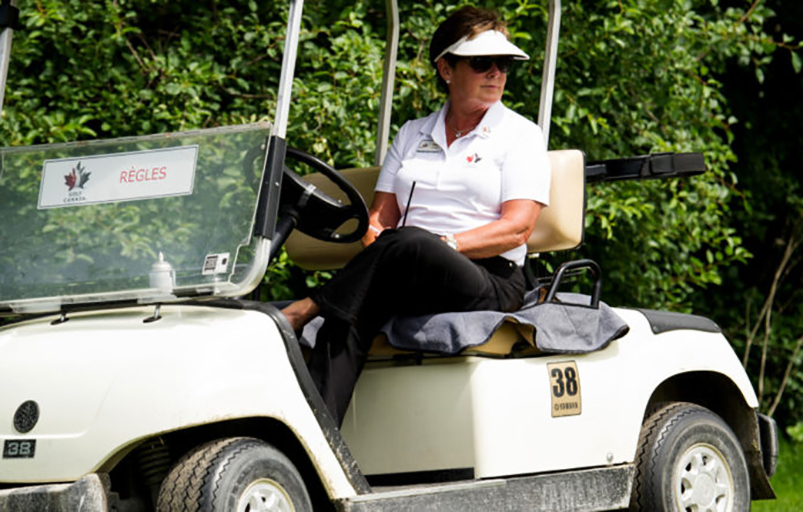 “The cry for the simplification of the Rules of Golf is a stock-in-trade of the journalist during the winter months. Countless words on the subject have been poured out to an ever-tolerant public, but still the long-sought simplification does not come.” Henry Longhurst, 1937

Golf: The Game That Binds Us All 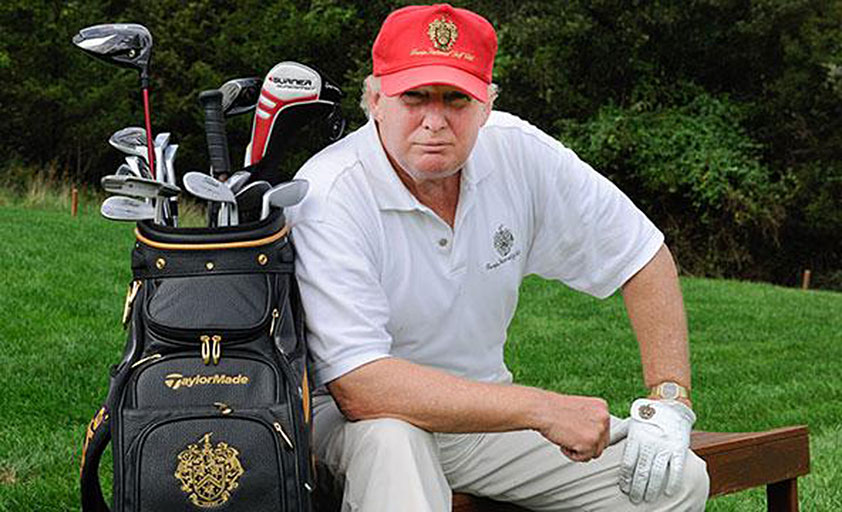 Ladies and gentlemen, welcome to the first and, hopefully, annual World Leaders Golf Tournament Presented by Those Who Hope to Live to See Tomorrow.

Read more: Golf: The Game That Binds Us All

by Gord Montgomery - Is “Go big or go home,” the best theory on the golf course?

Final Word: Not At The Point Of A Bayonet

by Jeff Sutherland - Ten years ago then club chairman Hootie Johnson said, "Augusta National might one day have a woman in a green jacket, but not at the point of a bayonet."

Read more: Final Word: Not At The Point Of A Bayonet

Time Is A Reason To Play, Not An Inhibitor

by Mark Corrigan - I’ve never agreed with the idea that time inhibits people from playing golf.

Read more: Time Is A Reason To Play, Not An Inhibitor

What Millennials Want In Golf

by Gayle Moss (on-mark-it.com) - It’s been over 2 months since I posted a survey on this blog to try and learn why more millennials aren’t taking up golf and what could be done to entice them to give the sport a try.