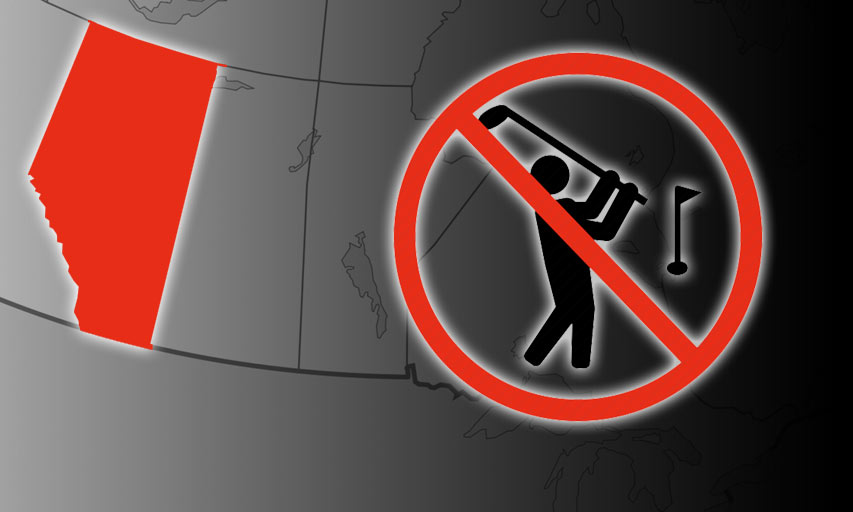 BY GORD MONTGOMERY - Inside Golf / CALGARY — The Alberta government finds itself facing a 3-headed monster in these days of COVID-19, but there is one way to slay that beast says a spokesman for NAGA (National Allied Golf Association) Alberta — with golf clubs.

AGA-BC has spoken to sitting provincial governments before but this time it was to many who were hearing about the value of golf for the first time...

SEATTLE, Washington — Varsity Communications, Inc., producers of Cascade Golfer magazine and popular golf shows throughout the United States, announced today that they have purchased the rights to the Seattle Golf Show, Seattle Bike Show and Travel-Adventure-Gear Expo from Seattle-based Big Boys Toys and Travel Show, Inc. (doing business as Cascadia Events), and will be bringing their successful brand of consumer golf shows to the CenturyLink Field Event Center in 2018.

The three shows are latest addition to the portfolio of high-end consumer expos produced nationally by Varsity, a marketing, communications and event production company with a strong reputation for providing outstanding values to U.S. consumers.

Since its formation in 1985 in a booth at Ravenna's Varsity Inn restaurant, Varsity has grown into one of the largest producers of consumer golf events nationwide, with golf shows in Portland, Dallas, Kansas City, St. Louis, Omaha, Indianapolis, Louisville, Connecticut, Los Angeles and the San Francisco Bay Area.

In all, Varsity currently reaches nearly a half-million golfers annually through its various platforms.

"John Tipping and Owen Hoskinson are gentlemen that have cared for these shows, poured their time and talents into them and have backed the sports of golf, cycling and adventure in a way no one else did here in Seattle," Stephens says.

"We are honored to own and produce these events and are excited to be reunited with the Seattle Golf Show, which we first ran 20 years ago," he continues. "It's an exciting time for our company, and we are looking forward to building on the traditions and legacy of Owen and John."

Tipping and Hoskinson both stated that they are confident the transition will be a smooth one.

"Our objective from the beginning was that the entire golf community would consider this their show, and I hope we achieved that," Tipping says. "We're thrilled that Varsity Communications will continue on a lot of what we tried to do — and we think they will improve on it. Quite frankly, Varsity was in the saddle when the golf show started — now they get to retake the reins.

"I want to personally thank all of the exhibitors, attendees, sponsors, and volunteers; everyone who contributed to the success of the show — and there are hundreds of them," Tipping continues. "Thank you for helping us make the show the largest on the West Coast. I think Varsity will take it to new heights, and look forward to being there in March and checking it out."

In addition to the golf show, Varsity will also produce the Seattle Bike Show and Travel-Adventure-Gear Expo, which represent exciting forays for the company. Hoskinson was instrumental with Tipping in the production of each of these events, and sees the future is bright for both as businesses with Varsity moving forward.

“John and I have known Dick and his business partner, Kirk Tourtillotte, for a long time," Hoskinson says. "Of all the show producers out there, we felt they were best suited to build on what we have accomplished. We are looking forward to helping them grow all three shows in any way we can. I also want to give a special thanks to Tom Cade, the PNGA and the WSGA for all of the support they have given us over the years. They have been great partners."

The addition of these shows, and in particular the Seattle Golf Show, to Varsity's local portfolio — including the Portland Golf Show, Cascade Golfer magazine and its affiliated products and events — brings a synergy to the Northwest's consumer golf scene that should show strong results for Northwest golfers.

"We are very excited about how Cascade Golfer and The Seattle Golf & Travel Show, through their combined efforts, will elevate golf to new levels in the Pacific Northwest for both our audience and corporate partners," says Kirk Tourtillotte, Vice President of Varsity Communications. "As a company, we also look for new ventures to pour our passions into and feel the Bike and Adventure Shows are a perfect fit moving forward.”

OLD WESTBURY, New York — THE NORTHERN TRUST announced that the 2016 event, played at Bethpage State Park (Black) in Farmingdale, N.Y., raised a grand total of $1.4 million for New York/New Jersey Metropolitan-area charities. With the addition, the tournament has generated more than $46.2 million to community charities since 1967. THE NORTHERN TRUST is set to kick off the FedExCup Playoffs at the Glen Oaks Club in Old Westbury, New York, August 22-27, 2017.

“Making a difference in our communities is at the heart of everything we do at this event,” Julie Tyson, executive director of THE NORTHERN TRUST, said. "The tournament allows us to bring together an incredible group of fans, sponsors and our partner Northern Trust around a great event that also positively impacts people's lives.”

“We are so proud to work with such an important partner in Tackle Kids Cancer,” Tyson said. “The Birdie Challenge will help provide critical funds for those who need it most by advancing research and providing children in our community access to the highest level of care."

Fans and supporters will be able to pledge donations through Pledgeit (www.TackleKidsCancer.org/birdie), choosing an amount per birdie based on the total number of birdies during competition rounds of THE NORTHERN TRUST, which benefits The Children’s Cancer Institute at Hackensack University Medical Center. Every dollar raised benefits the essential clinical care, unique support services and groundbreaking research needed to find a cure. Anyone who pledges any amount will be allowed one entry to guess the total number of birdies for the tournament, with the closest guess winning a foursome at Bethpage Black or Plainfield Country Club or four Skybox Tickets for THE NORTHERN TRUST in 2018. There are also incentives for fans to pledge more for each birdie, ranging from Tackle Kids Cancer items to upgraded tickets to THE NORTHERN TRUST 2017. The tournament averages roughly 1200 birdies per year.

THE NORTHERN TRUST will kick off FedExCup Playoffs at the Glen Oaks Club in Old Westbury, New York, August 22-27, 2017. For more information and a behind-the-scenes look at the tournament, visit thenortherntrust.com or follow the tournament on Twitter and Instagram @TheNTGolf, and on Facebook at www.facebook.com/TheNTGolf. 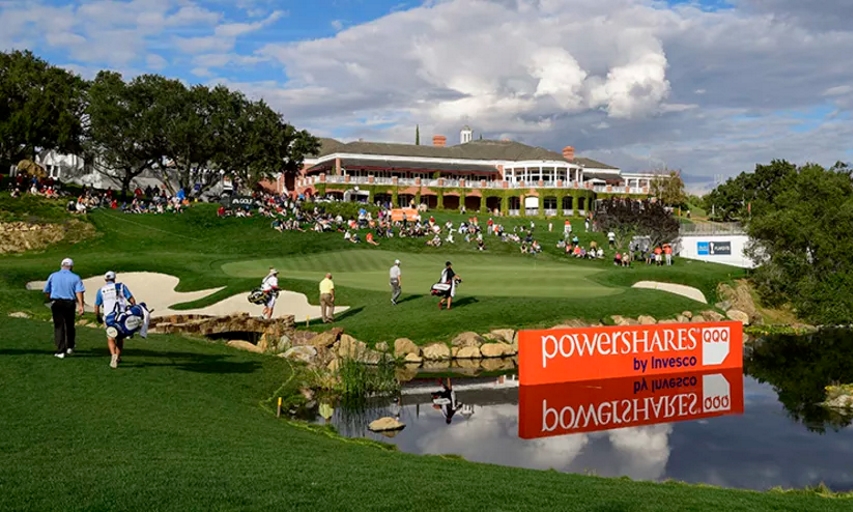 THOUSAND OAKS, California — PowerShares QQQ Championship tournament officials announced that the 2016 PGA TOUR Champions event generated $250,000 for non-profit organizations in the greater Conejo Valley and Ventura County areas. The tournament also announced that the Sherwood Cares Foundation, which debuted as the official charity at the 2016 event, will remain in that role through 2018.

“We were pleased with the success of the inaugural PowerShares QQQ Championship, and look forward to continuing to build on those efforts as we look towards maximizing our charitable impact in 2017 and beyond,” said PGA TOUR Champions President Greg McLaughlin. “Our goal is to create great competition inside the ropes at Sherwood Country Club while leaving a strong community footprint in the region.”

"Our relationship with the PowerShares QQQ Championship has allowed us the opportunity to accelerate our ability to support local charities,” said George Carney, Jr., President of Sherwood Cares.

The PGA TOUR and its tournaments donated more than $166 million to charitable causes in 2016. The tally brought the all-time total generated for charity by the PGA TOUR to $2.46 billion since the first-ever charitable contribution of $10,000 was made by the 1938 Palm Beach Invitational. Of that total, more than $1.4 billion has come since the TOUR surpassed the $1-billion plateau in 2005.

The 2016 PowerShares QQQ Championship, which was won by Tom Pernice, Jr., was held in October at Sherwood Country Club. The 2017 event, which will be the second of three events in the Charles Schwab Cup Playoffs, will be contested the week of October 23-29, with the top 54 players competing for a $2 million purse.

For information on the PowerShares QQQ Championship, to learn more about volunteering or to purchase tickets to the 2017 event, please visit PowerSharesQQQChampionship.com. 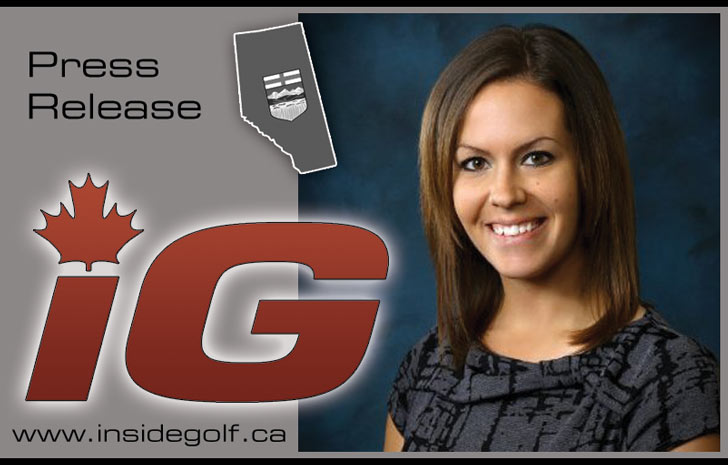 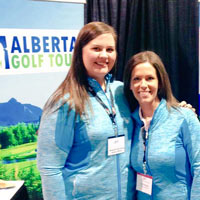