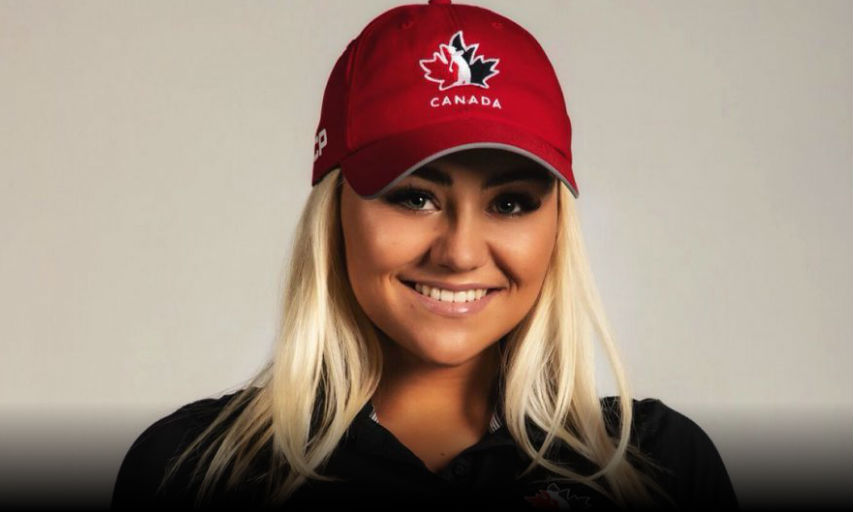 Brigitte Thibault is having the best summer of her young career, and it’s only going to get better this week at the CP Women’s Open.

Thibault, from Rosemere, Que., represented Canada at the Pan American Games in Lima, Peru, winning bronze in the team event on Aug. 10.

She also won the Ontario Women’s Amateur Championship on July 12 before earning an exemption into Canada’s national women’s championship for the second time.

"It’s been huge. Golf Canada helps me get into these events, it’s an amazing opportunity for me to even be in them," said Thibault.

"The CP Women’s Open, as an example, is a tournament where I would normally have to qualify.

"To know I’m already in the field and to be able to get this experience for future opportunities, it’s great."

Thibault, who has her sights set on representing Canada at the 2024 Summer Olympics in Paris, finished ninth in the women’s individual event at the Pan Ams, 14 shots behind American gold medallist Emilia Migliaccio.

The 20-year-old Thibault has been using her summer to improve her short game before returning to Fresno State University for her senior year this fall.

She won the Mountain West Conference Championship this spring to end her 2018-19 collegiate season.

"(Tournaments) are something I look forward to with an open mind," said Thibault.

"Just really try to grab all information or things I can learn that week to really help me for the future.

"There’s so much work to do all the time with golf. It never stops."

Competing at the Women’s Open on Thursday is another opportunity to improve her game.

Thibault has only competed in one other LPGA event — the 2016 edition of the Canadian national championship at Calgary’s Priddis Greens Golf & Country Club — and relishes the opportunity to learn from the best players in golf again.

"The CP Women’s Open has always been an important, special tournament for me," said Thibault.

"That’s the first LPGA event that I actually qualified for. It’s always been close to my heart and to be in the field as a member of Team Canada, I’m really grateful to be there."

The Women’s Open tees off at Magna Golf Club in Aurora, Ont., on Thursday.