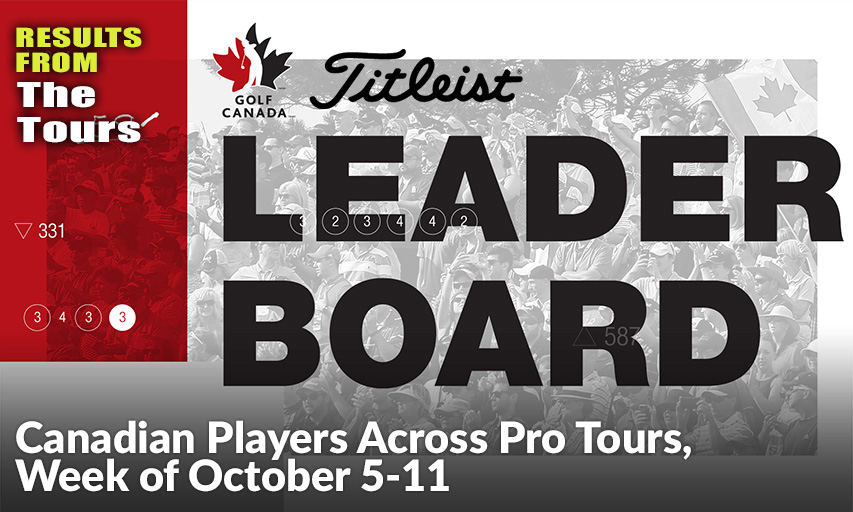 Martin Laird made a 20-foot birdie putt on the second playoff hole to win the Shriners Hospitals for Children Open over Matthew Wolff and Austin Cook. The 37-year-old Scot, who lost a chance to win by making bogey on the final hole of regulation, snapped a seven year winless drought. Laird becomes the third winner in the last four regular PGA Tour events to be ranked outside the top 300. ….Michael Gligic got into the field as a Monday qualifier and ended up posting his second best career-result on the PGA Tour. …Adam Hadwin had seven birdies and an eagle for a third round 62

Sei Young Kim shot a final round 63 to capture the KPMG Women’s PGA Championship, her first career major. The 27-year-old South Korean had 10 wins entering the tournament, which made her the winningest active player without a major championship. Inbee Park finished five shots back. …Brooke Henderson, the 2016 winner, has finished in the top six in this event in five of her last six appearances. She also moves into top spot among Canadian female golfers with just over $7 million in career earnings.

Trey Mullinax began the final round with a three-shot lead but had to rally down the stretch with birdies on two of his last three holes for a one-shot victory in the Orange County National Championship. Mullinax won for the second time in what was the final event of the 2020 portion of the 2020-21 wraparound season on the Korn Ferry Tour. Because of the COVID-19 pandemic that shut down golf for three months, the new season will resume next year, with no one graduating to the PGA Tour until the end of the 2021 season. ..Adam Svensson’s second round 63 was just one shot shy of his career low set back in 2018.

Tyrrell Hatton held off a final-round challenge by Victor Perez to win the BMW PGA Championship by four strokes. Hatton shot a final round 67 to cap a week which saw him shoot in the 60s every round. It is Hatton’s third victory at a Rolex Series event and he is set to move into the top 10 in the world for the first time. …There were no Canadians entered in the event.

Ernie Els birdied the final two holes for a one-stroke victory over Colin Montgomerie in the SAS Championship. Els won for the second time in his first 10 starts on the 50-and-over tour. Jim Furyk missed a chance to become the first player to win his first three PGA Tour Champions events, finishing four strokes behind Els. …Mike Weir had five birdies over his final eight holes to climb 12 spots in the final round for his fourth top 25 finish of the year. …