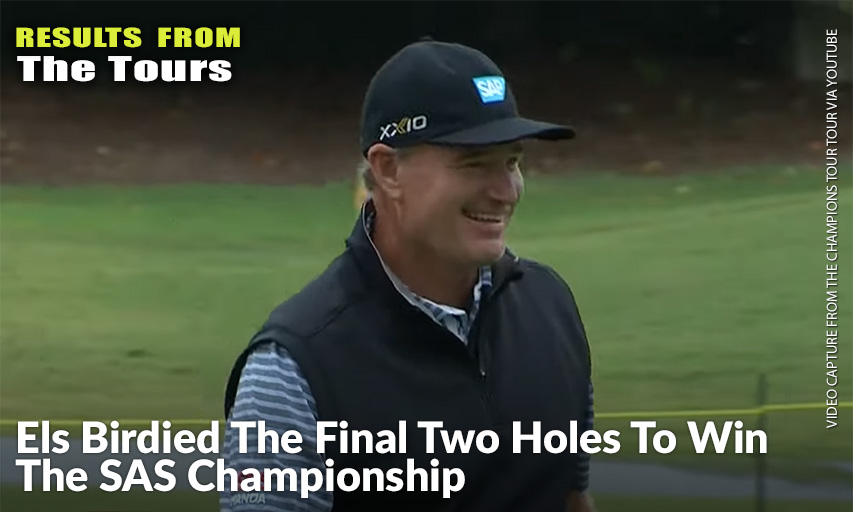 CARY, North Carolina — Ernie Els birdied the final two holes, running in a 40-footer in the rain on the last, for a 6-under 66 and a one-stroke victory over Colin Montgomerie in the SAS Championship.

Els made the long putt on the par-4 18th three weeks after missing a 2-foot putt on the final hole of the Pure Championship at Pebble Beach to finish a stroke out of a playoff.

Jim Furyk missed a chance to become the first player to win his first three PGA Tour Champions events, closing with a 70 to tie for ninth at 8 under, four strokes behind Els. Furyk won at Warwick Hills and Pebble Beach.

Els won for second time in his first 10 starts on the 50-and-over tour. The South African star finished at 12-under 204 at Prestonwood Country Club.