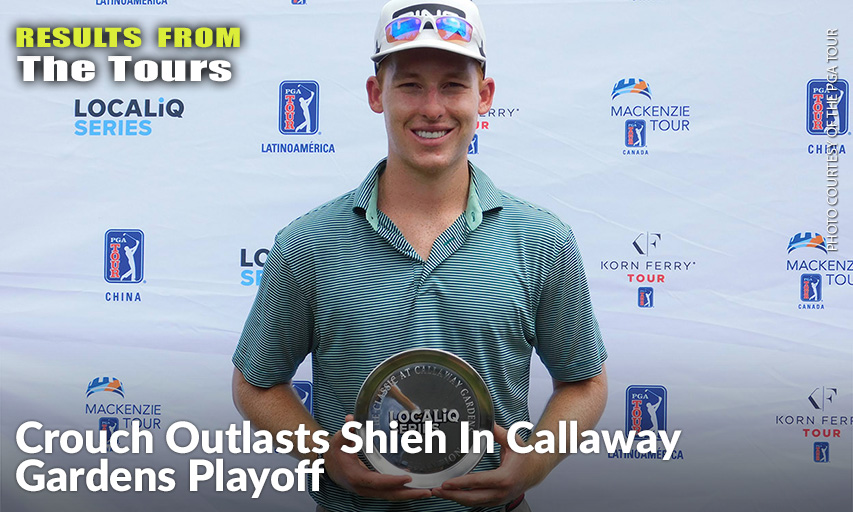 PINE MOUNTAIN, Georgia — Stoney Crouch had no idea where he stood on the leaderboard after making par at the 15th hole during the final round of The Classic at Callaway Gardens. He just knew he better make some birdies coming in. The second-year pro did just that, three in a row to finish regulation, then he rolled in a three-foot birdie putt on the third extra hole to defeat Hayden Shieh for the biggest win of his pro career. Crouch shot rounds of 64-66-66 to capture the $16,000 payday, the 500 Race to The Bahamas points that went to the winner and a $5,000 bonus from Callaway Resort & Gardens. Not a bad week’s work.

Crouch’s run of birdies that earned him a spot in the playoff opposite fellow Mackenzie Tour player Shieh began at the 16th, a hole shape that had given him trouble all week.

“I hit a really good drive. I usually draw the ball, and on that hole you have to hit a cut,” he explained. “Today, I thought, I’m just going to swing left as hard as I can and hold the (club) face open. It just cut perfectly with the fairway.” 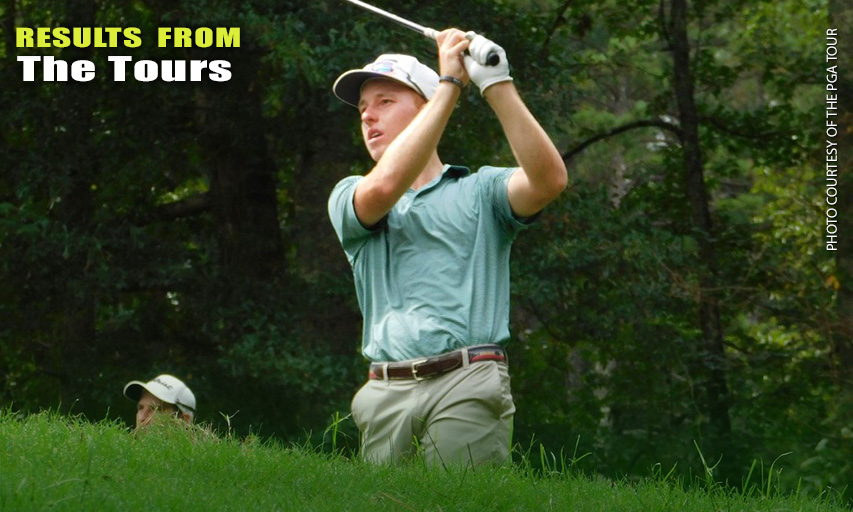 Crouch In Action During The Final Round At Callaway Gardens.

From 218 yards, Crouch landed his second-shot approach on the back of the green and two-putted from 35 feet. On No. 17, he hit what he called “probably the best shot of the day.” Crouch dropped his 9-iron tee shot onto the front of the green between the hole and the fringe not to tap-in range, but close. On the 18th hole, Crouch, a former Lipscomb University golfer, rolled in a nine footer from the left side of the green, a putt he didn’t know he had to have but one that ultimately got him into the playoff.

“I had no idea where I stood. Not knowing where I was, I thought if I birdied one of the last two I had a chance,” said Crouch who birdied both holes but then signed his scorecard only to find out he was in a playoff. “I was a little surprised,” he added.

Shieh was able to force the playoff by matching Crouch’s performance, birdieing the final three holes. It was Shieh’s second LOCALiQ Series runner-up performance. He also finished second at the Alpharetta Classic, at 18-under, but came up four shots short of winner Bryson Nimmer. This week, he made it to 20-under.

“I’m Mr. Second Place,” he joked. “I made a lot of good shots out there. I set a goal after [Thursday’s] round to get to 20-under. That’s what I figured it would take to win. Unfortunately, the playoff didn’t go that great.”

Crouch’s putter temporarily let him down in the playoff as he missed back-to-back putts on the first two extra holes, On the first playoff hole, No. 1 on the Mountain Course, he missed a seven-footer for birdie that would have clinched the win. He then missed a six-footer on No. 17 that extended the playoff. Crouch finally sealed the win basically replicating his 18th-hole putt from regulation only six feet closer.

“I rolled it well this week, I hit it solid and missed in all the right spots. I was fortunate to come out on top,” he said. “My game feels good right now, and things are clicking. I’m looking forward to next week.”

Crouch improved to third on The Race to The Bahamas Points Standings.

Did you know Stoney Crouch is named after Stoney Case, a former University of New Mexico quarterback who played in the NFL for the Arizona Cardinals, Baltimore Ravens and Detroit Lions in the late-1990s?