NBC Gets U.S. Open As Fox Gets Out Of Contract 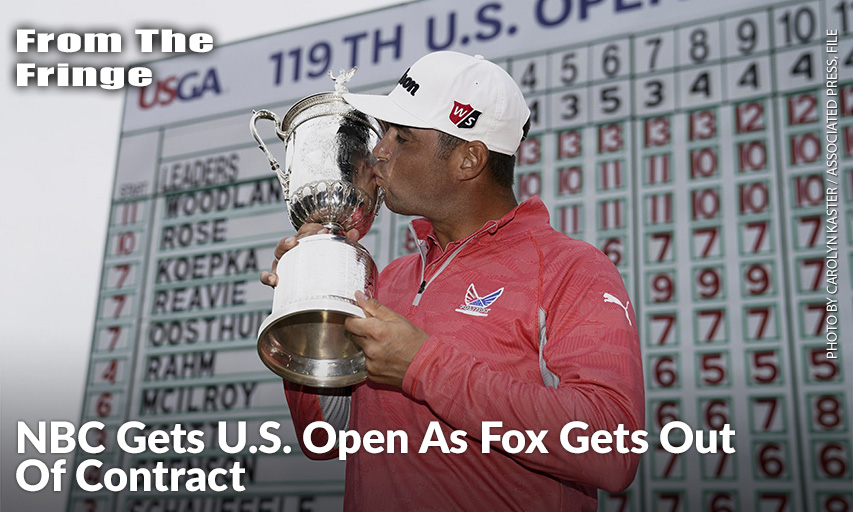 The U.S. Open is returning to NBC starting this year at Winged Foot after Fox Sports has asked to end its 12-year contract with the USGA, multiple people told The Associated Press on Sunday night.

Three people with direct knowledge of the change say it came together in the last two weeks. They spoke on condition of anonymity because the deal has not been announced.

An announcement was expected Monday.

The U.S. Open was postponed to September 17-20 at Winged Foot in New York when the COVID-19 pandemic shut down golf for three months.

Fox broadcast its first U.S. Open from Chambers Bay south of Seattle, with Greg Norman as the lead analyst. He was replaced by former PGA champion and Ryder Cup captain Paul Azinger.

One person said NBC would pay for just under half of the rights fee through the rest of the contract.

Two other people said the deal began to take shape this month, especially with the U.S. Open being moved to September during the opening month of the NFL.

One person said Fox was contemplating moving the U.S. Open to FS1, an idea that was rebuffed by Mike Davis, the CEO of the USGA. That led to deeper conversations about the contract and how it could be resolved.

Fox Sports was always in a tough spot from the onset of the contract because the USGA’s championships — primarily the Opens and Amateurs — were the only golf it produced.

The sources said NBC would have the final seven years of the contract through 2026. They did not say who would televise the early rounds of the U.S. Open. Under the previous contract with NBC, ESPN had the Thursday and Friday rounds.

ESPN now has the weekday rounds of the PGA Championship starting this year, with the CBS doing the weekend.

The deal Comcast-owned NBC, along with Golf Channel, the U.S. Open and British Open, The Players Championship, three World Golf Championships, the Ryder Cup, the Presidents Cup. It also will have the FedEx Cup playoffs every other year when the new media rights deal with the PGA Tour begins.

NBC and Golf Channel also will have all the majors on the LPGA Tour and PGA Tour Champions.