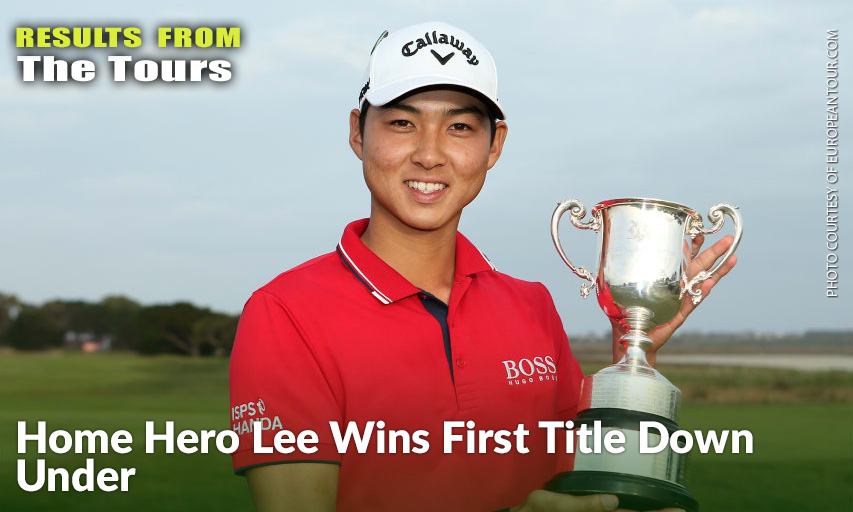 MELBOURNE, Australia — Min Woo Lee of Australia managed the high wind and high drama for a 4-under 68 to win the ISPS Handa Vic Open, the tournament his sister has won twice.

Lee won for the first time at a tournament co-sanctioned by the European Tour and the PGA Tour of Australasia. He had a three-shot lead to start the final round, but had to hold off a charge by Ryan Fox of New Zealand, who closed with a 64.

Lee had a one-shot lead playing the par-5 18th at the 13th Beach Golf Links when he calmly hit the fairway and green to set up at two-putt birdie.

His sister, Minjee Lee, was waiting for him on the green to celebrate.

The men and women played separate competitions on the same course for equal prize money.