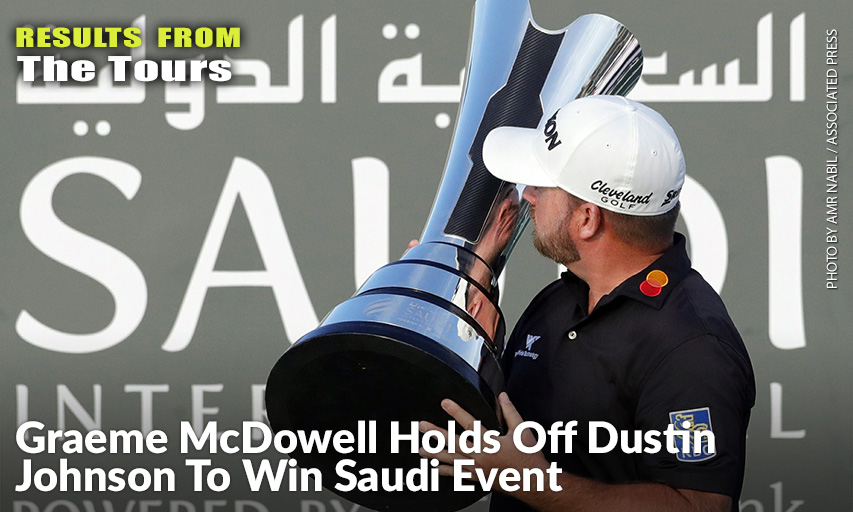 McDowell, the 2010 U.S. Open winner at windy Pebble Beach, protected his lead on a breezy afternoon by the Red Sea to card a 12-under 268 total, holding off late pressure by defending champion Dustin Johnson.

McDowell sank his 5-footer to par the 18th and secure his 16th professional win, in a 13th different country.

A first title on McDowell’s home tour since the 2014 French Open lifted him back into a top-50 world ranking, and earned a winner’s check of $583,000.

“It’s special,” the 40-year-old Northern Irishman said. “I want to be back up there one more time just to be able to play against these guys.”

McDowell’s partner in the final pairing, Victor Dubuisson, fell away after dropping five shots from Nos. 10-14 in a 4-over 74. The Frenchman was among five players tied for sixth place on 7 under, including Sergio Garcia (66).

McDowell began the day with a one-shot advantage and never fell out of at least a share of the lead at the Royal Greens Golf and Country Club.

Johnson made an eagle-3 on No. 4, yet carded only one more birdie until his flourish on the final hole.

Mickelson surged with a hat trick of birdies from the second to fourth holes but did not find another until the 18th to get back the shot he dropped on No. 16.

Top-ranked Brooks Koepka carded a 2-over 72, including a double bogey 6 at the ninth. He finished tied for 17th place, eight shots back.