The World Handicap System And How It Affects All Golfers 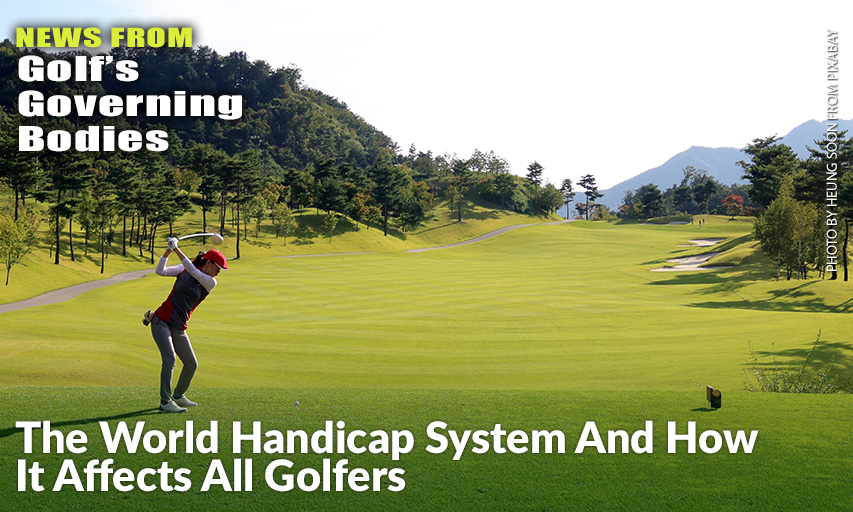 I’ve played golf for about 50 years now and have always had a handicap. That would be my short, home-made swing, which features an unorthodox loop at the top that doesn’t work nearly as well for me as it does for Jim Furyk.

But seriously, for most of those years I have also had an official handicap index which has allowed me to track the progress, or lack thereof, of my game. A single-digit handicap for one fleeting summer many years ago, I begin 2020 as a 14.8. And I can guarantee you it will be a struggle to stay there.

This is a big year for those of us who already have handicap indexes and for those golfers who do not. The new World Handicap System has arrived and includes some welcome changes that, among other things, should help encourage more golfers to establish handicaps.

“I think it is one of the most progressive things that has been done in the golf world in the last number of years, very similar to the recent modernization of the rules of golf,” says Kris Jonasson, chief executive officer of British Columbia Golf. “We now have a system that makes it easy for golfers to go anywhere and play against anybody and there aren’t any questions about whether handicaps are being calculated differently.”

Essentially, what has happened is that the six different handicap systems being used around the world have been melded into one.

“This kind of brings the best of all of them to the plate,” says Doug Hastie, manager of field operations and tournament director with British Columbia Golf.

So what’s new with the WHS? Well, for starters, it is now much easier to establish a handicap index. You only need to play 54 holes -- three 18-hole rounds or a combination of nine- and 18-hole rounds -- to get your official handicap.

And for those golfers who didn’t think they were ‘good enough’ for a handicap, the maximum handicap has been increased to 54.0 for both men and women. Previously, the maximum number was 36.4 for men and 40.4 for women. The hope is this will help make the game more inclusive and welcoming to new players.

“I think anything that allows people to gain access to the game or feel like they are a part of that side of it is a positive,” says Dave Zibrik, head professional at Point Grey Golf & Country Club in Vancouver. “It certainly is now easier to establish a handicap. I think one of the bigger issues is to continuously educate people on what a handicap is and why it is so important to the game of golf. It truly is the only sport where you can get two people of totally varying abilities to go out and play an equitable game.”

Jonasson and others make the point that having a handicap is the best way for golfers, especially new golfers, to track the progress of their game.

“I think something that is overlooked by some people that utilize the handicap system is that it not only allows you to compete against other people, but it is a barometer of whether or not you are making any progress in terms of enhancing your skill level of the game,” Jonasson says. “Being able to start at a higher point makes it easier for people to see that, yeah, I am actually getting better at this game.”

(Sadly, I have learned from personal experience in recent years that it works the opposite way, too. But I digress.)

Fewer scores will now count toward your handicap. In the past, the best 10 of your last 20 rounds contributed to your handicap. That number has now dropped to eight.

Equitable Stroke Control, a system that helps combat sandbaggers by capping your maximum score on each hole you play, has also been tweaked to make everything relevant to par.

For example, as a 15 handicap, I previously could take no more than seven shots on any hole, whether it be a par 3, 4 or 5, for handicap purposes. Now everyone, regardless of their handicap, will be limited to net double-bogey on each hole. What that means is for handicap purposes I can no longer take a seven after a disaster on a par 3. My maximum score would be either five if it was a hole on which I did not receive a stroke, or a six if I happened to receive a stroke on that hole.

And don’t worry, you won’t need a trigonometry degree to figure all this out. Adjustments will automatically be made when you enter your hole-by-hole scores at Golf Canada’s scoring centre.

A playing conditions calculation is also part of the new WHS. So if you find yourself playing in extremely tough conditions, like heavy wind, that will be taken into account. If all scores are unusually high at a course one day because of conditions, the WHS will prevent this score from negatively affecting your handicap index.

The WHS also limits extreme upward movement of a handicap index and will reduce a handicap index when an exceptional score is posted. It won’t eliminate sandbagging, but it should make it more difficult.

The formula that computes your handicap is not changing in a big way but the one that computes how many strokes you get from any set of tees is.

“I think the one that will really catch people’s attention right off the hop will be the playing handicap from tee to tee,” Zibrik says. “It used to be if you went one tee up your handicap might adjust by a stroke or might not even adjust at all, whereas now it might adjust four or five strokes because it is adjusting back to par being the measuring handicap.

“So now you can have an equitable game with people playing different tees whereas before they would have to do a bunch of handicap adjustments.”

The WHS was developed by the R&A and USGA in coordination with existing handicapping authorities. Shaun Hall, senior manager of handicap & course rating, was charged with stick-handling the changes for Golf Canada, which had more than 7.2 million golf scores posted on its system in 2019. The official transition to the WHS was made Jan. 8 and Hall says many golfers, despite not having played or posted scores recently, may have noticed a slight change in their handicap index.

“You will see a minor change,” Hall says. “It kind of depends where they fit on that playing ability range. A low handicap golfer as we transition from the previous method of calculation will probably see minimal if any change to their handicap index. You might see a tenth of a stroke difference. Once you get to a higher handicap, the player who maxed out at the 36.4, but were more like a 45, you will see a big jump for them. But most players won’t see a big change. It’s not like you will be going from a 20 to a 10. It will be pretty minimal.”

The WHS is the second major initiative by golf’s governing bodies in as many years. Last year, significant changes to the rules of golf were introduced. Hastie, a longtime CPGA member who joined British Columbia Golf a year ago, thinks golfers will adapt to the handicap changes just like they did with the rules.

“I think a year from now we are going to look back at this new World Handicap System and we’ll all feel good about it,” Hastie says. “When the rule changes first came in it was like, oh my God, you can leave the flagstick in, you take a drop from your knee, and a year later it’s fine. The new rules all seem normal to me now. I think this is a better and more fair handicapping system that is good for the game.”

Since Canada already essentially follows the USGA system for handicapping, there won’t be a whole lot of changes coming down the line when the new World Handicap Systems come into play in 2020., according to Stephen Wigginton, the Manager for Membership and Golf Course Services at Alberta Golf.

Wiggington noted that there hasn’t been an influx of calls to their office but there has been some. “It’s primarily people who are more involved on the back end, handicap committees (that are interested), but as far as I’m concerned the average golfer won’t even notice. It won’t play a huge part in everyday handicaps.”

“We’ve had more calls on the rules, because those affect you on every shot you play. Like I said, handicap members from courses are starting to get a little curious. They kind of want to know what’s going to change.”

The upcoming changes, he explained, won’t be large, at least in this country.

“The USGA and R&A people are flying all around the world teaching every country because it’s all one thing now, just like the rules. We’re somewhat lucky as a country, and the U.S. as well, as there’s not a ton of changes. Some countries have to re-rate every course that they have because they weren’t rated on the USGA system which is now the system across the world. There’s not as many changes in Canada which is why it’s not downplayed but there aren’t as many highlighted areas people will be shocked and awed about. It’s not that big of a change.”

For training session, Alberta Golf will be holding in-person clinics in Calgary, Edmonton, and Red Deer and also offering an online component for those in rural areas unable to make those scheduled clinic dates. The goal is to have “one person that is handicap certified at every course in Alberta.”

Worldwide Handicap System To Be In Play By 2020

TORONTO, Ontario — Teed up to fly into play in 2020, the newly created World Handicap System is going to have everyone playing on equal footing, no matter where you play.

The idea to put everyone playing the game on a competitive level on an equal footing began about several years ago when golf’s major organizational bodies came together to work out an agreement on “one unified system like they have with rules,” Golf Canada’s Craig Loughry, Director, Handicap & Course Rating, said over the phone, noting the Canadian amateur golf association has been heavily involved in getting this process properly designed.

Noting that almost every country that has high-level golf had a way of calculating playing handicaps, but there were some variances among the nations. Thus, this new system was put together to amalgamate things to make going from place to place to play was an easier task.

Of the large nations, such as the U.S., Great Britain, Australia and a few others, he noted, “Those were the primary players who came together and agreed that they would have one standard, no matter what that looked like. But, we’re not so silly as to expect the system introduced on January 1, 2020, will look the exact same as in January 1, 20230. We’re sure there will be some evolvement. But, we’re pretty much there with only some small items to resolve.”

As to the benefits of the World Handicap System, there are a few, Loughry explained, adding that all ideas were shared, and will be used.

There will be a slight change to handicap scoring in Canada at least, as the new system will actually only use the best eight scores of your most recent 20 posted rather than the present number, which is 10. Most handicaps may go down, maybe a tenth of stroke to half a stroke, said Loughry. Scores will be carried over from the previous year so nothing needs to be done by players to adjust. An FAQ page is being put together by Loughry to help educate golfers to the new system and was expected to be live on the Golf Canada website up by the end of January, 2019.