From Phil Mickelson To Tiger Woods: The Top 10 Major Championships Of The Decade 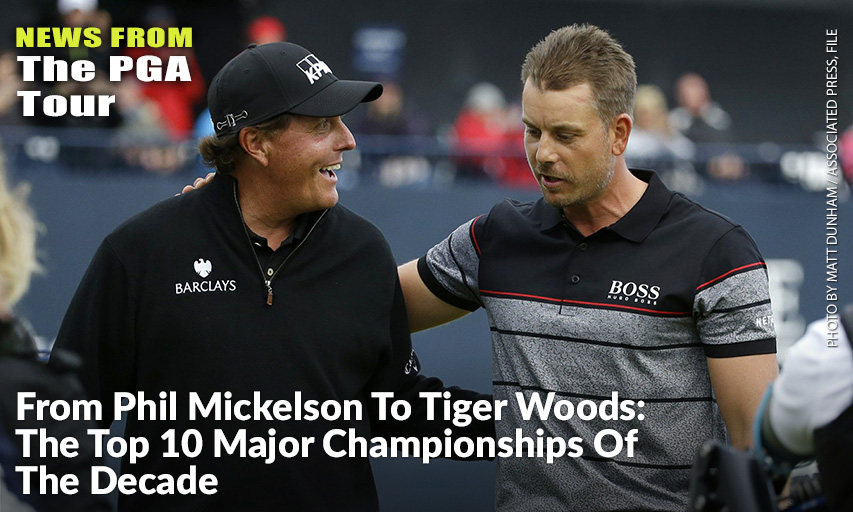 With bookend Masters wins by Phil Mickelson and Tiger Woods, the past decade has given golf fans more than their fair share of memorable major championships. But while star power on the leader board certainly helps to create a classic, Sunday drama is the ultimate factor. And spectacular recovery shots under pressure don’t hurt, either. Whittling down from 40 tournaments to 10 was a bit of a challenge, and there were several difficult omissions. Those include the eventful, but rules-controversy marred, 2010 PGA Championship and 2018 U.S. Open. And apologies to Charl Schwartzel, but his four-birdie finish at Augusta National just misses, in part because we felt we had too many Masters already (If there’s an award for the most consistently exciting major of the past decade, it’s certainly the one that takes place in April). In any matter, here’s a look back at the 10 — well, 11 — that made our final cut.