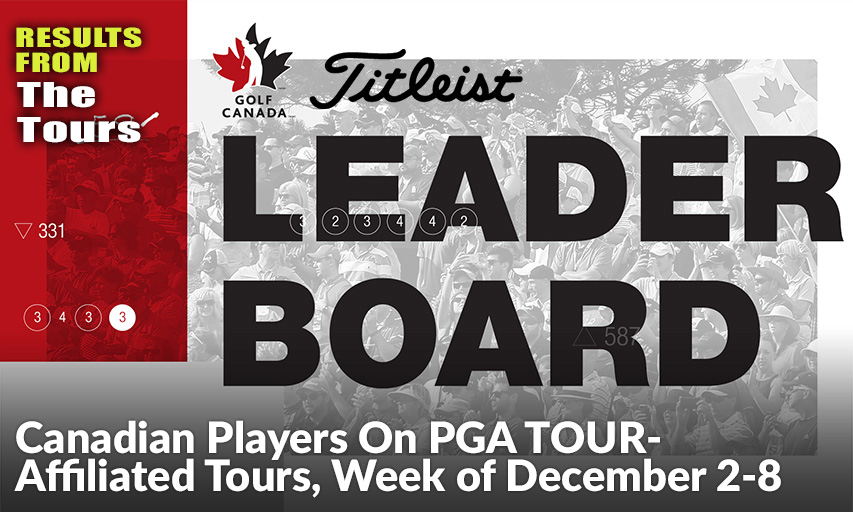 Henrik Stenson eagled the 15th hole on his way to a final round 66 and a one-shot victory in the Hero World Challenge. Tournament host Tiger Woods was among five players who had a chance to win on the back nine but a bogey on the 14th hole knocked him out of contention. Defending champion Jon Rahm finished runner up. The tournament featured the entire 12-man American team that will be competing in the upcoming Presidents Cup, including U.S. captain Tiger Woods.

Rasmus Højgaard became the third youngest winner in European Tour history with a dramatic play-off win at the AfrAsia Bank Mauritius Open. At 18 years and 271 days, only Italian Matteo Manassero – who won twice as a 17-year-old – and New Zealander Danny Lee have won on the Tour at a younger age. Rasmus’ win came in only his fifth career event, making him the fastest Dane to a European Tour title, beating 15 time winner and 2018 Ryder Cup captain Thomas Bjørn’s record of 24 events. …Richard T Lee has only made two cuts in the last 11 European Tour events dating back to 2018. …Aaron Cockerill has missed the cut in each of his first two European Tour starts in 2020

Shane Bertsch made a six-foot par putt on the final hole to win by one stroke at the PGA Tour Champions Qualifying Tournament Final Stage. Bertsch earned fully exempt status for the 2020 season along with Thailand’s Thongchai Jaidee, Sweden’s Robert Karlsson, American Robin Byrd and Australia’s Stephen Leaney. …David Morland IV was the top Canadian, finishing tied for 45th at even par. Kevin Baker was tied for 47th at 1-over and Jim Rutledge finished tied for 52nd at 3-over.

Argentina’s Augusto Nunez held off American Jared Wolfe to win the season ending Shell Championship by one stroke for his second win of the year and finalize his return to the Korn Ferry Tour in 2020. In 2019, Nunez never finished outside the top 20 in stroke-play events while recording 11 top-10 results and six top-5 performances on his way to breaking the Tour record for single-season earnings. …Drew Nesbitt posted just his second top 10 result of the season, his first since winning the Mexican Open back in May. …Russell Budd is a combined 16-over par in his last 14 rounds of golf..