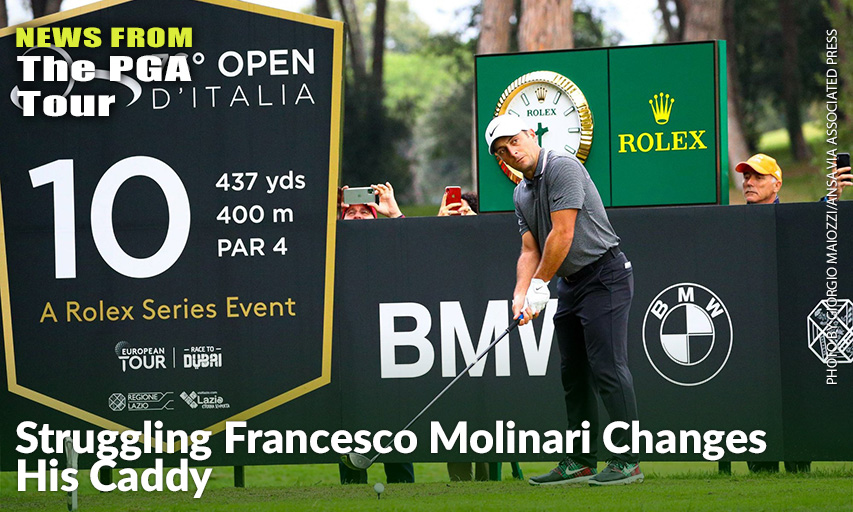 ROME, Italy — A year after winning the British Open and one week after failing to make the cut in his home Italian Open, Francesco Molinari says he is changing his caddy.

Pello Iguaran had been on Molinari’s bag for four years but Molinari writes on Instagram that Mark Fulcher, Justin Rose’s former caddie, will take over at the start of next year. Jason Hempleman will step in on an interim basis through the end of this season.

Molinari says it has been “nearly 4 seasons of incredible emotions and really productive work, but unfortunately relationships sometimes come to an end, even if it’s not what we wish for.”

Molinari followed up his first major title at Carnoustie last year by going 5-0 to lead Europe to Ryder Cup victory. He also led into the back nine at the Masters this year but faded to finish tied for fifth place and has struggled since.