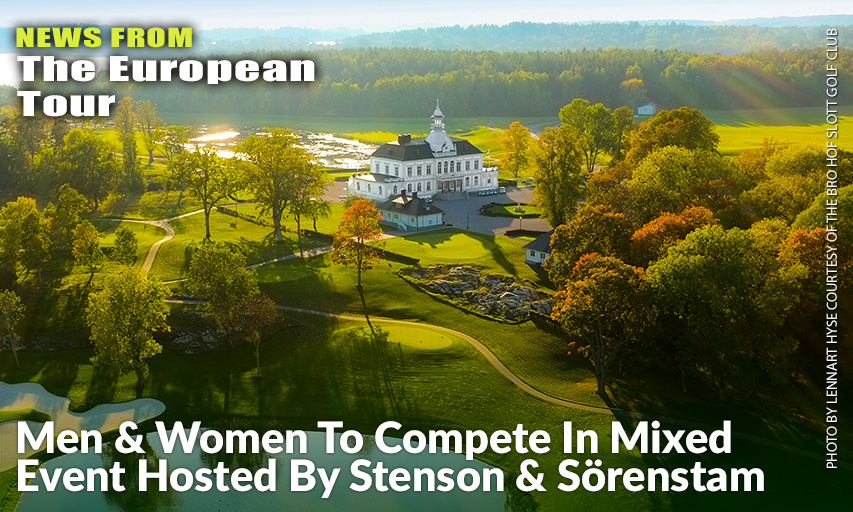 LONDON, United Kingdom — Men and women will compete against each other next year in Sweden in a new European Tour and Ladies European Tour event hosted by Henrik Stenson and Annika Sorenstam.

The two tours announced the Scandinavian Mixed on Monday, minus details on how the course at Bro Hof Slott Golf Club in Stockholm will be set up or how the 78 men and 78 women will be paired during the 72-hole event.

They will compete for one trophy, a prize of 1.5 million euros and world ranking points for both tours, along with Race to Dubai points in Europe and Order of Merit points for the LET.

The Scandinavian Mixed will be held June 11-14, one week before the U.S. Open in New York.

It will be the second time Europe has staged an event in which men and women compete for the same trophy.

The Jordan Mixed Open in April featured players from Europe’s 50-and-older Staysure Tour, the developmental Challenge Tour and the Ladies European Tour. Daan Huizing of the Netherlands, who plays on the Challenge Tour, won by two shots over Meghan MacLaren of the LET.

The Challenge Tour also had an event in Northern Ireland in which men and women competed for separate trophies on the same course.

Europe has been particularly aggressive in putting men and women in the same tournament in various capacities. The ISPS Handa Vic Open in Australia earlier this year had separate men’s and women’s competition on the same golf course.

“The European Tour has been leading the way in terms of innovative formats, and I believe this is certainly one that can be part of the way golf is played in the future,” Stenson said.

Sorenstam said bringing men and women together in the same event “is exciting for fans in Sweden and for the global game as we continue to showcase golf is a game for everyone.”