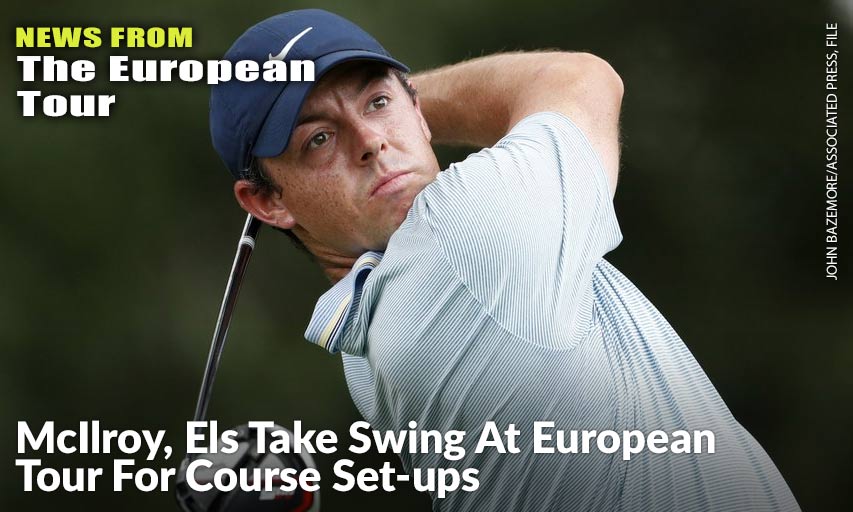 LONDON, United Kingdom — Two of the biggest names in golf have taken a swing at the course set-ups on the European Tour, saying they need to be tougher to test the best players.

Rory McIlroy was the first to vent his frustration, saying after the final round of the Alfred Dunhill Links Championship on Sunday that “there are no penalties for bad shots” and “I don’t feel good golf is rewarded as well as it could be.”

“I’m sick of coming back over to the European Tour and shooting 15 under par and finishing 30th,” said the No. 2-ranked McIlroy, who actually finished in a tie for 26th on 15 under at the Dunhill Links in Scotland — seven shots behind the winner, Victor Perez.

McIlroy clarified his comments in an Instagram post on Monday, saying “strategy, course management and shot-making” were key aspects of golf being taken out of the game not just in Europe but across the world.

“I would personally like to see tougher set-ups in Europe,” McIlroy wrote, “because it will produce better, more complete, young players in the future and that can only be a good thing for the game and our Ryder Cup chances.”

Ernie Els, another four-time major winner, came out in support of McIlroy on Monday and used as an example the reaction of some European Tour players in 2010 to his redesign of the West Course at Wentworth.

“Had so much blow-back from players,” Els wrote on Twitter, “we had to ease up & now 20-under wins.”

McIlroy, who mostly plays on the PGA Tour, also referred to his 34th-place finish at the Scottish Open in July after being 13 under par overall. That left him nine strokes behind the winner, Bernd Wiesberger.

The European Tour said it would not be responding to the criticism of McIlroy and Els.