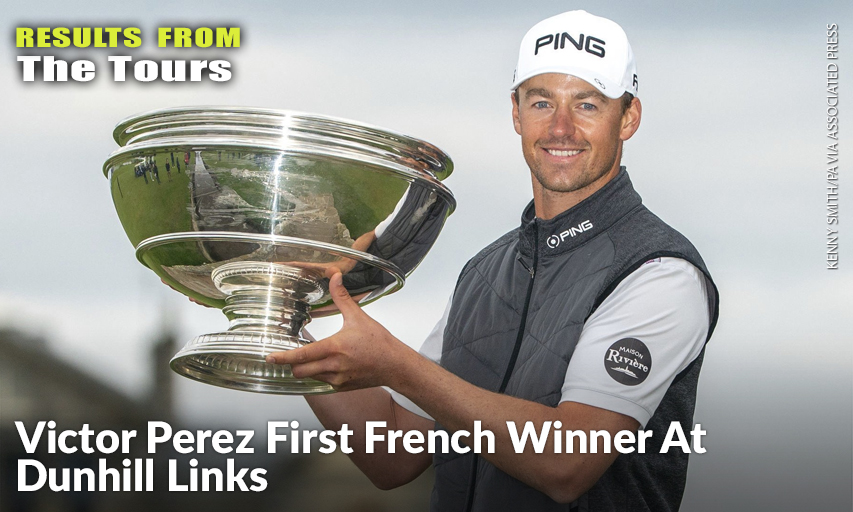 ST. ANDREWS, Scotland — Rookie Victor Perez claimed his first European Tour title in his 29th appearance after posting a 2-under 70 to win the Alfred Dunhill Links Championship by one shot.

The 27-year-old Perez narrowly missed his 12-foot birdie putt at the last but a close-range par was good enough to see him become the first French winner of this tournament with 22-under 266 overall.

Perez, who is based in Scotland and ranked No. 184, had previous rounds of 64-68-64. He graduated from the Challenge Tour last year.

England’s Matthew Southgate (71) was second after a thrilling final-round battle with Perez, who had three birdies and a solitary bogey on the par-3 No. 11 at the Old Course at St. Andrews.

Southgate had two bogeys on the back nine and failed to make the birdie he needed at the last to force a playoff.

“Obviously I felt like I had a solid day. I did my job and it was good enough, and next thing you know, you’re a winner on the European Tour,” Perez said. “You have to take it how it comes and it’s a great win for me.”

Another Englishman Paul Waring (70) and Swede Joakim Lagergren (69) finished in a tie for third on 20 under.