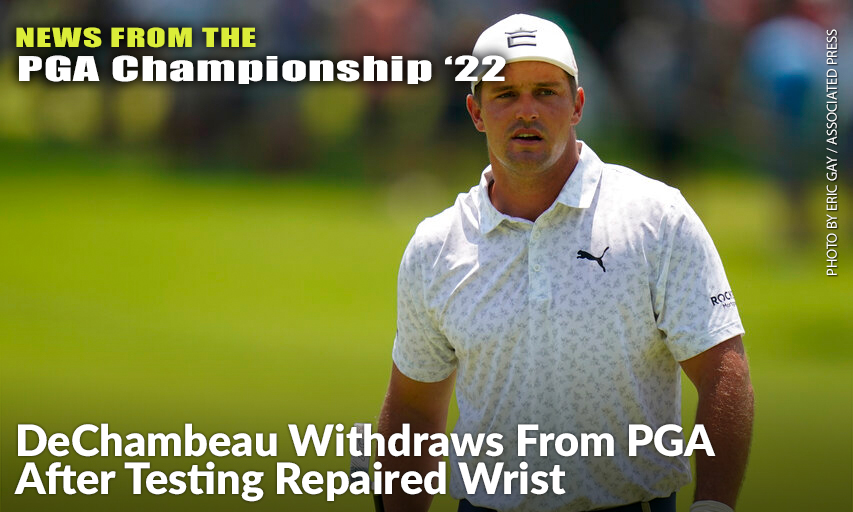 The former U.S. Open champion practiced with a wrap that extended several inches up his left forearm. He tweeted Tuesday it had “held up nicely” after his initial practice round.

The 28-year-old had surgery to repair the hamate bone in his wrist on April 14, a procedure that was expected to sideline him for up to two months. He removed his cast and bandages more than a week ago, and teased an early return when he posted an online video of himself hitting a driver.

DeChambeau missed the cut in three of his past four starts and has just one top-25 finish in five starts this season.

His withdrawal leaves 95 of the top 100 players in the field for Thursday's first round. Denny McCarthy replaces DeChambeau.