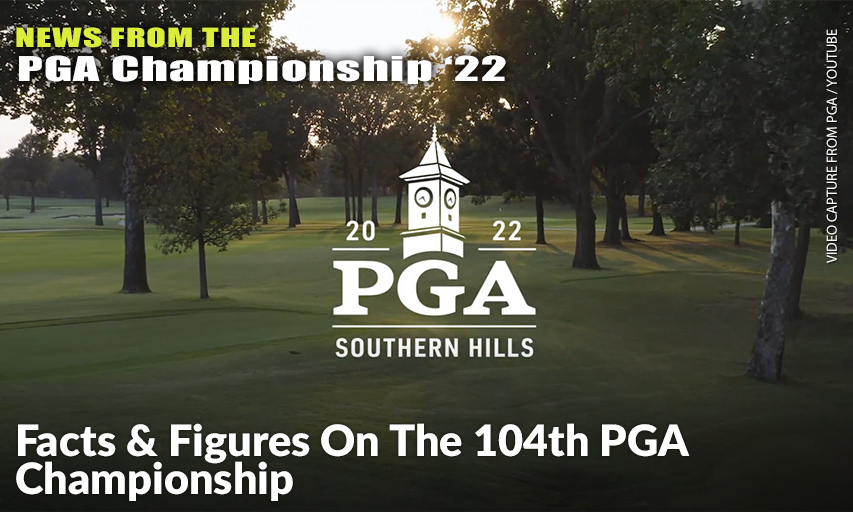 Last Year: Mickelson became the oldest major champion in history at age 50 with a two-shot victory at Kiawah Island. It was his sixth major and second PGA title. Mickelson made a pair of early birdies to take control and let Louis Oosthuizen, Brooks Koepka and everyone else make the mistakes. He led by as many as five shots on the back nine and closed with a 1-over 73. He became the 10th player to win a major in three decades.

Last Time at Southern Hills: Tiger Woods won his 13th major and fourth PGA Championship in 2007 with a two-shot victory over Woody Austin. Woods posted his lowest score in a major with a 63 in the second round.

Tiger Tales: Woods flew to Tulsa on April 28 and is likely to play. He made the cut at the Masters nearly 14 months after a car crash crushed his right leg and ankle.

Tale of the Tape: Southern Hills is 425 yards longer than it was for the 2007 PGA Championship.

Key Statistic: All seven major champions at Southern Hills had at least a share of the lead from the second round until completion.

Noteworthy: The last five major champions at Southern Hills are in the World Golf Hall of Fame.

Quoteworthy: “He’s setting the bar pretty high right now and he’s kind of the guy to chase for all of us,. What he’s doing is borderline Tigeresque." — Will Zalatoris on Masters champion Scottie Scheffler.