Much Of Canada Moves Their Clocks Forward For Daylight Time 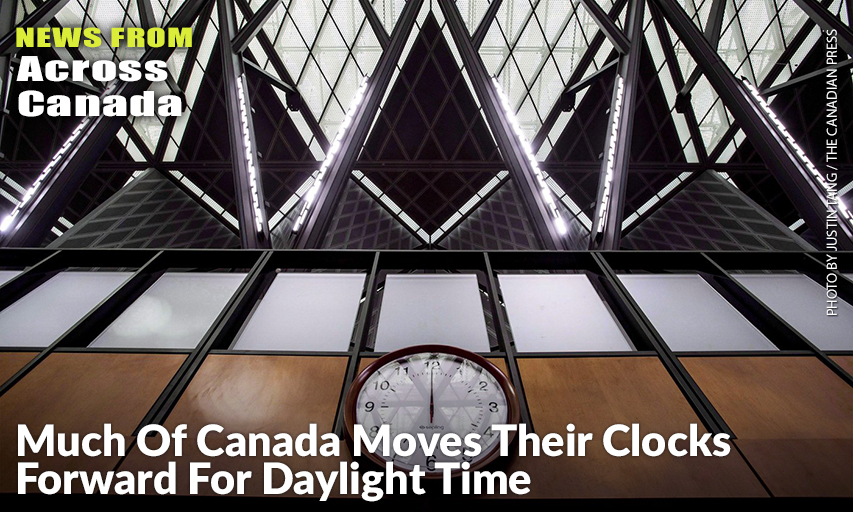 VANCOUVER, British Columbia (CP) — Most Canadians moved their clocks forward by an hour for daylight time.

Yukon and most of Saskatchewan keep their clocks the same year-round, and the premiers of Ontario, B.C. and Quebec have said they’re receptive to ditching the time change.

But Horgan said that B.C. won’t scrap the twice-a-year time change change without the three U.S. states in the same time zone — Washington, Oregon, and California — also doing so.

Horgan says he’s hopeful a bill by Washington state’s governor will get congressional approval this year, meaning it could be the last time B.C. residents “spring forward.”

Most provinces as well as the territories of Nunavut and the Northwest Territories have moved their clocks ahead one hour.