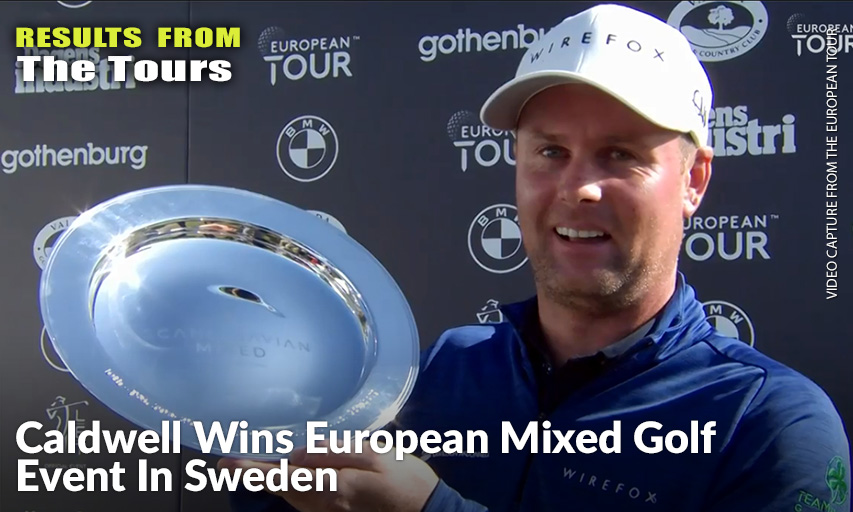 GOTHENBURG, Sweden (AP) — Two men and one woman finished in the top three of the inaugural Scandinavian Mixed golf tournament with Jonathan Caldwell winning by one stroke for his first European Tour title.

“It’s been a dream of mine for an awful long time,” said Caldwell, who celebrated his 37th birthday. “In 2009 I played my first year, lost my card, played mini tours and Challenge Tour over the years, worked as well in a local golf store. It’s been a long road but finally I’m here.”

The event was a first on the European Tour. It started with 78 men and 78 women competing on the same course for one trophy and one prize money pool. It was hosted by Annika Sorenstam and Henrik Stenson.

Caldwell shot a final-round 8-under 64, including eight birdies, two bogeys and an eagle on the par-4 14th. The Northern Irishman finished 17 under overall, ahead of second-place Adrian Otaegui (67).

Otaegui had a putt to win on the 18th but the Spaniard charged his birdie attempt four feet past the hole and missed the return.

England's Alice Hewson, who won the South African Women’s Open in 2020, was two shots behind Caldwell in third. Hewson needed to eagle the last to force a playoff but had to settle for a par and a closing 69.

Caroline Hedwall was one of two women and two men sharing a one-stroke overnight lead but the Swede dropped to a share of 18th after carding a 76.