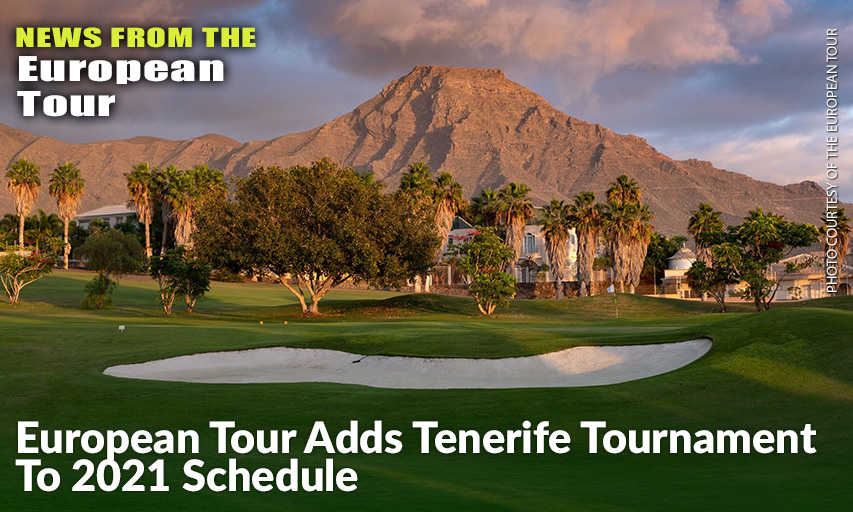 The European Tour added the Tenerife Championship to its 2021 schedule, with the new event concluding a three-week run in the Canary Islands.

It will be played at Golf Costa Adeje from May 6 -9, the date vacated by the postponement of the Open de France last week.

The Tenerife Championship will have a prize fund of €1.5million and forms a double-header at the venue, taking place the week after the Tenerife Open (April 29-May 2). The European Tour’s three tournament stretch in the Canary Islands begins with next week’s Gran Canaria Lopesan Open which is hosted by Ryder Cup player Rafa Cabrera Bello at Meloneras Golf.