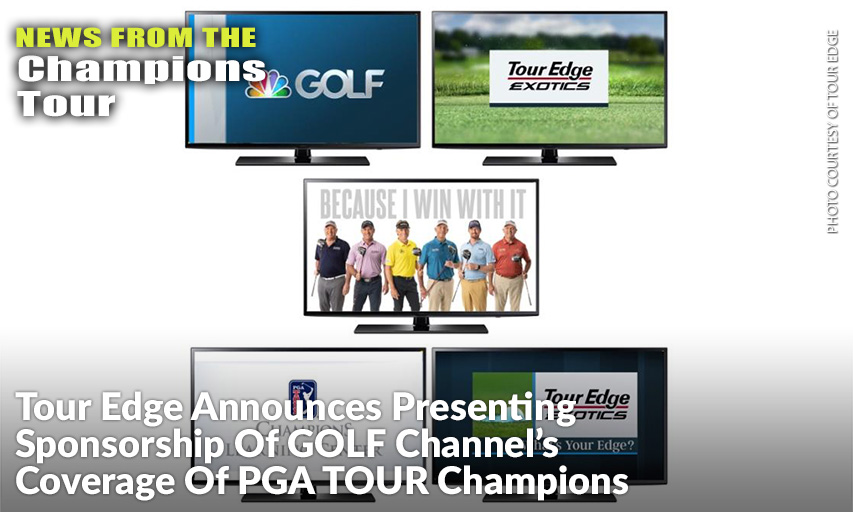 Tour Edge, the pound for pound industry leader in performance and innovation, announced it has become the presenting sponsor for GOLF Channel’s coverage of PGA TOUR Champions tournaments.

Tour Edge will present GOLF Channel’s PGA TOUR Champions telecasts and its 24-event schedule for 2021 that concludes a “super season” due to cancellations in the 2020 season.

There were 15 events played in 2020, and points earned in the Charles Schwab Cup will carry over to 2021 with a champion being determined in November.

PGA TOUR Champions Learning Center is scheduled to air over 40 original episodes in 2021, with Tour Edge prominently featured within each episode.

The entire staff recently filmed a series of television spots for Tour Edge that will begin airing on GOLF Channel in March.

Despite only having six professionals on their tour staff, over 100 different PGA TOUR players have played over 1,000 Tour Edge clubs in the last three seasons on the three PGA Tours.

Forty-two different professionals chose to play 502 Tour Edge clubs in the 15 events played on the 2020 PGA TOUR Champions, helping Tour Edge break their personal best for number of clubs in play in a season, despite the shortened season. Up to 20% of the field in a Champions event are now playing Tour Edge clubs.

Twenty players chose to play a Tour Edge driver on the PGA TOUR Champions last season, which made Tour Edge the fastest growing driver brand on the tour.

About Tour Edge
In 2021, Tour Edge is celebrating 35 years as a highly renowned and top-selling golf club and bag manufacturer serving the global golf market.

Tour Edge is an American owned and operated company out of Batavia, Illinois that manufactures and sells golf clubs under three distinct sub-brands: