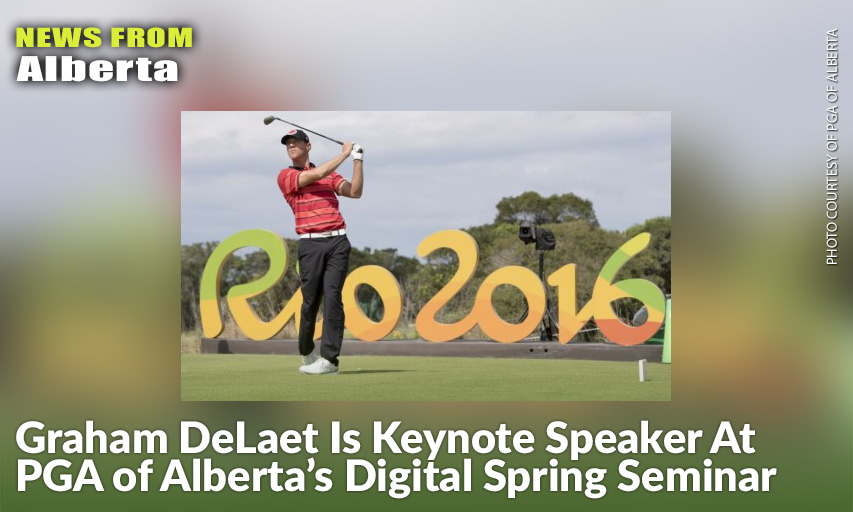 In our third Keynote Speaker reveal for the 2021 Digital Spring Seminar on Feb. 22nd & 23rd presented by Gordon Food Service & E-Z-GO, we will take a look at Graham DeLaet!

Known to be one of the game’s best ball strikers, Graham had a milestone year on the PGA TOUR in 2013, placing 8th in the FedExCup Playoffs, and ending the year with a breakthrough performance in his first Presidents Cup International team appearance.

2017 saw Graham record 6 Top 10’s, including a personal Major’s best with T7 at the PGA Championship, where he made a huge move in round 3 posting 6-under through four holes.

In 2016, Graham had the honour of representing Canada in the Olympics, as Golf returned to the Games for the first time since 1904. So far this season, Graham has recorded four top ten finishes.

Graham was born in Weyburn, SK with a passion for hockey, fishing and, of course, golf. He attended Boise State University and is very passionate about Broncos football. He is also a huge hockey fan – and an avid Calgary Flames fan.

Graham and his wife Ruby are dedicated to supporting children’s causes, and in 2014 launched the Graham and Ruby DeLaet Foundation. Since launching the Foundation, Graham and Ruby have raised over $1 million for their charitable initiatives.