While Golf Flourished, Not Everything Was Wonderful At Courses 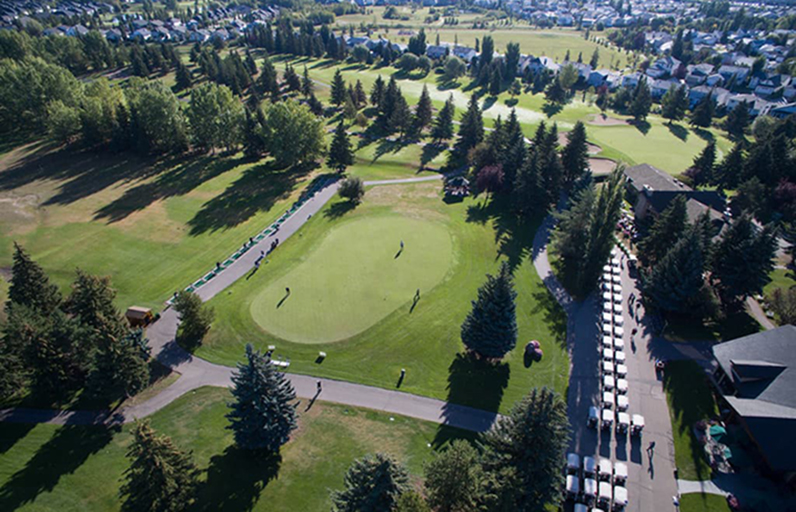 While Rounds Of Golf Were Up, Not Everything Was Coming Up Roses In Wild Rose Country Due To Covid-19 - Image Courtesy The Links At Spruce Grove

SPRUCE GROVE — From rural courses to those within large municipalities, from private tracks to resort areas to public playgrounds, from the top of Alberta to the bottom, this has been an unusual, and unforgettable golf season.

With COVID-19 making almost all the news highlights this year, with “social distancing” the new key phrase of the 21st Century, golf and its inherent spacing has found a renewed footing within the sporting world.

But while there has been lots of good this year in the golf industry, there have also been some disappointments. Most, if not all courses we spoke with reported an upswing in the number of players teeing it up each and every day.

But, as strange as it may sound, there were also downsides to that uptick. Following is a small selection of courses interviewed by Inside Golf, with the basic queries: “What’s been the most surprising or best thing you’ve seen this year. And, what’s been the most disappointing or difficult to handle aspect of the past season?”

The upside: “As far as people can’t really go out for dinner, although restaurants are open, it seems people are afraid to go out (into publicly enclosed areas). People feel safe outside, so we’ve had lots of casual play.”

The disappointing: “We’re down in our tournament rounds obviously. No banquets which hurt food and beverage,” he noted, adding he felt badly for the charities that count on such income from tournament play which were wiped out for the most part this year.

The upside: I think our biggest upside has been the influx of new golfers we’ve seen, and I think most golf courses are in a similar boat. People have really not had a lot of options for activities and golf is one that maybe, people that have dropped the game because of kids, or never having played before, have come back. It sort of changed the demographic of our golfers.”

The disappointment: For us, I think, it’s probably been we’ve been so busy that there’s a little bit of added pressure on staff with the COVID policies; cleaning the clubhouse on an hourly basis to be safe; sanitizing the carts. For us, it’s been a grind. A busy, busy season. It’s been taxing on all our staff. That’s probably been the toughest part.”

The upside: “I think it has allowed golf clubs, certainly the private ones (such as Cottonwood in Calgary), to look at all the different service offerings they have within their operation. Run a little more efficiently. Generally, we’ve sold a lot of memberships. We attracted 64 new junior golfers aged four to eleven, to golf. Now, I think if we keep three-quarters of those people over the next few years, keep them around and enjoying the game, that’s going to bode really well for the future of golf.”

The disappointment: “From our perspective (as) a private club that does a lot of corporate business, the downside for us is from a financial perspective. We build our budgets around the understanding that there will be those corporate tournaments. We had a full calendar this year and it was pretty much cancelled,” Thompson explained, noting that some “lost ground” was made up through more membership sales as well as government wage subsidies.

The upside: “There are lots of people coming out to play after a sluggish start. They’re not all out-of-town’ers but people we’ve never seen before. I haven’t seen golf as strong as this in years.”

The disappointment:  “We cancelled a lot of (equipment) orders. We pared down on orders. Then there was staffing levels. You go ‘It’s going to be a slow season and you don’t hire the staff, then all of a sudden it goes berserk!

As for tourist traffic, which is such a key component to the financial well-being of courses in this area that see lots of Alberta traffic each year, it was slow to begin. But, once borders opened up, Jones noted, “It’s been crazy! We’ve seen that market come back. We lost all that group business, the hotel bookings, that all disappeared (early on). That was a huge hit and as a result of that food and beverage was down.”

The upside: If you’re at all familiar with the trials and tribulations at this small-town track over the past few years, it should come as no surprise that this year’s boom in play boosted this course back into the Edmonton area golf spotlight. Cuthbertson said his 18-hole layout saw 11,000 more rounds played this year than last (all 18 greens were replaced in April and May of 2019) and those were terrific in 2020), meaning the dollars spent on revamping the municipally-owned track was well worth it.

The downside: The one thing Cuthbertson said he worried about, from the course’s opening in May until it closed for the year on Oct. 15, was the well-being of his staff. He noted that most people see a few dozen others during a day; at his course which had full tee sheets almost every day of the season, his staff were face-to-face (although behind protective counter shields) with thousands of different people each and every week. That being said, as of their closing, no one staff member had become infected and as he noted, he hadn’t heard of any type of spread of COVID-19 related to any golf course, anywhere, which was needless to say, good news.

So after a season of more golf played than in the past decade, with little else to do, it’s hoped that the good news outweighs the bad going forward and that people continue to flock to local layouts to enjoy the one sport that appears to have beaten the COVID-19 pandemic.

About the Writer
Gord Montgomery is a member in good standing of the Golf Journalists Association of Canada. He is now in his 12th year of writing for Inside Golf.

He can be reached at This email address is being protected from spambots. You need JavaScript enabled to view it.. He’s also on Twitter at @Gordinsidegolf and on Instagram at gordinsidegolf2.