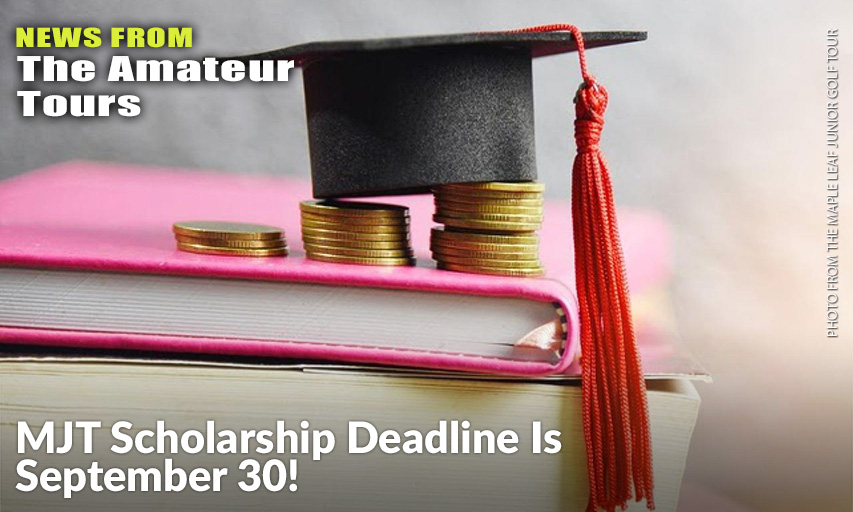 The Maple Leaf Junior Golf Tour is pleased to present annual awards for the MJT Players of the Year and MJT Scholarships.

2020 MJT Scholarships - Scholarships are awarded to members who show exemplary athletic, educational and personal achievements and who meet the following eligibility requirements:

Dylan Reichelt was a regular member of the MJT for four years. He was taken from us in a vehicle accident one week prior to the MJT season finale in Florida at the end of the 2011 season. Dylan was always watching the Order of Merit points race and wanted to be first, which he was on a few occasions, he just loved the competition. The life lessons Dylan and his twin brother Jesse learned through the MJT were invaluable.

This award is automatically given to the Order of Merit Champions from BC in the Junior and Juvenile age divisions.

A new scholarship in 2019, the Jacob Lugli Memorial Scholarship is to honour the memory of a young member of the Tour, Jacob Lugli, 17, a resident of Dryden, Ontario, who competed in MJT events in the province of Manitoba. Lugli, and his father Mark, tragically lost their lives in a devastating motor vehicle accident en route to the MJT Manitoba Series event at Selkirk Golf and Country Club in July.

The Jacob Lugli Memorial Scholarship is awarded to a Manitoba-based member of the MJT who is developing as a champion in both golf and life, showing leadership and community service.

MJT Players of the Year Award

MJT Players of the Year will have played in a minimum of 6 MJT tournament rounds on the annual schedule, in any region. Winners in each division will be determined by their scoring average.

The winners of this prestigious award will receive prize vouchers to support with expenses of attending the MJT National Championship.

Past winners of these special MJT sponsored awards include: