McIlroy Reveals He’s About To Become A First-Time Father 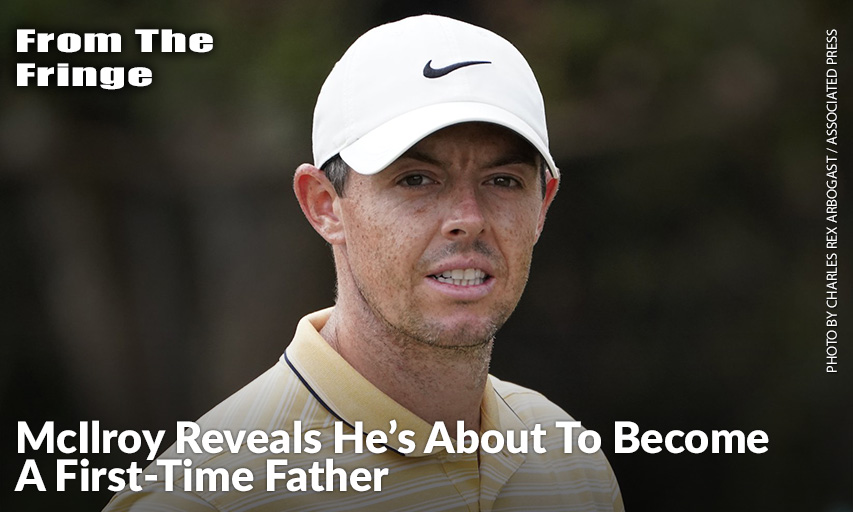 OLYMPIA FIELDS, Illinois — Turns out the lack of fans isn’t the only reason Rory McIlroy has struggled to keep his mind on golf. His wife is expecting their first child any day.

McIlroy said he has been sharing the news with friends and family, and then it was disclosed during the NBC broadcast and he confirmed it after his 3-over 73 that left him three shots behind at the BMW Championship.

“We’re around to be parents very soon, so we’re obviously super excited,” McIlroy said. “I didn’t think it was something that I really particularly needed to share out there. It’s a private matter, but we’re really excited and can’t wait for her to get here.”

McIlroy said his caddie and best friend, Harry Diamond, has been keeping the phone in his pocket during the round in case he gets the call.

That could be in the final round as he tries to win for the first time this year. He said he could wind up missing the Tour Championship, although he would be helped by the start at East Lake.

He met his wife, Erica, in the Chicago area. She worked for the PGA of America and was involved in helping get McIlroy to Medinah before the singles match in the 2012 Ryder Cup when he nearly missed his tee time because he got mixed up on the time zones. They began dating a few years later and were married in April 2017.

“I think from the get-go my mind has been wandering the last few weeks, and now you guys sort of know the reason why,” he said. “You’re going out to play and maybe not knowing whether you’re going to finish the round or not. Look, it’s definitely not an excuse. I just haven’t played well enough. But again, I keep talking about perspective. If you do play bad, I’ve got some awesome stuff coming up on the horizon, which is really cool, and it makes the bad days a lot easier to handle.”

[The third round] was a rough one as he tries to bounce back from a 73 that left him three shots behind Dustin Johnson and Hideki Matsuyama, all while trying to make up ground in the FedEx Cup for the Tour Championship.

That’s if he even plays. McIlroy has a chance to become the first three-time winner of the FedEx Cup.

“I’m going to play in many more Tour Championships and it’s only going to be the birth of your first child once,” he said. “That trumps anything else.”