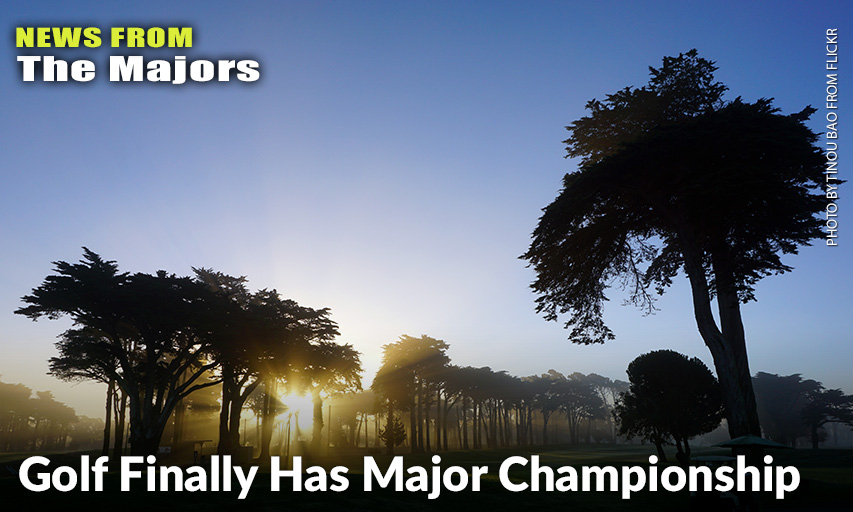 Notes: The PGA Championship was supposed to be May 14-17 until golf was shut down by the COVID-19 pandemic. It will be played without spectators for the first time. ... This is the first time the PGA Championship is the first major of the year since 1971, when Jack Nicklaus won in February because it was at PGA National in South Florida. ... Brooks Koepka tries to become only the second player to win the PGA Championship three straight times, and the first player to win any major three straight years since Peter Thomson at the British Open in 1956. ... Harding Park hosted two World Golf Championships (2005, 2015) and the Presidents Cup (2009) since it was refurbished. ... Because of injury and health concerns, 12 players have either withdrawn or declined to enter. That includes five major champions. ... Tiger Woods is playing only his fourth tournament since January. With a victory, he can tie Walter Hagen and Jack Nicklaus with a fifth PGA title. ... Jordan Spieth gets his fourth chance at winning the PGA to complete the career Grand Slam.

Notes: Sei Young Kim remains in South Korea and will not be defending her title. ... The tournament originally was scheduled for July 9-12. ... The Marathon Classic dates to 1984 and has has been played every year since except for 1986, when the PGA Championship was in the area, and 2011, because the U.S. Senior Open was in the Toledo area that summer. Both were held at Inverness. ... Two pairs of sisters are playing the Marathon Classic this year — Morgan and Madison Pressel, and Nelly and Jessica Korda. ... Danielle Kang rose to No. 2 in the women’s world ranking with her victory at Inverness last week. Nelly Korda is now No. 3. They are joined by Lexi Thompson and Minjee Lee for top-10 players in the field. ... This is the sixth tournament of the year on the LPGA Tour because of the pandemic and the fourth in the U.S. ... The LPGA goes to Scotland for two weeks, including a major, before returning to Arkansas.

Notes: Lee Westwood, who chose not to travel to San Francisco for the PGA Championship because of COVID-19 concerns, is playing this week. He is among two players from the top 100 in the world, rare for a tournament going up against a major. The other is Thomas Detry, whose runner-up finish in the Hero Open moved him into the top 100, beyond the deadline for the PGA of America extending invitations. ... Westwood is among five Ryder Cup players in the field, joining Thorbjorn Olesen, Nicolas Colsaerts, David Howell and Miguel Angel Jimenez. ... Former U.S. Open champion Michael Campbell is playing. ... This is part of the six-tournament U.K. Swing, with all events in the U.K. to limit travel.